“What Is Modern Photography?” on wnyc.org

We posted this five years ago:

What is Modern Photography?

The great WNYC radio news blog posted an audio recording of a fascinating panel discussion, The 1950 WNYC American Art Festival, broadcast October 30, 1950. It was moderated by Edward Steichen. The photographers who were present (Margaret Bourke-White, Waker Evans, Gjon Mili, Lisette Model (too frightened to read her own words, so they were read by Steichen), Wright Morris, Homer Page, Irving Penn, Ben Shahn, Charles Sheeler, and Aaron Siskind) spoke in alphabetical order for about five minutes. Steichen talked about or quoted several photographers who were not present (Harry Callahan, Louis Faurer, Frederick Sommer, Weegee, Edward Weston). It’s unfortunate that Weegee wasn’t there. Nevertheless Steichen speaks of him fondly and Weegee’s more-or-less at the same table with the rest of the art photography gang…

It can be heard here:

At 30:20 minutes into the panel discussion, after (the deadly serious) Siskind and before (the deathly ill) Weston, Capt. Steichen speaks about then reads some of Weegee’s words… (here they are transcribed)

“…Our remaining guests are among those not present. I can’t resist bringing in the fabulous Weegee.
Who is the first press photographer to move from the field of spot news reporting and become a photographic commentator. Where his original and major claims to fame were police and fire pictures their stands recorded in Weegee’s two books, Naked City and Weegee’s People a fantastic procession of human foibles and emotion. If photography did not have Weegee in the United States of America we would surely have to invent him. I’ve picked out some quotes from some of Weegee’s sayings:

‘To me a photograph is a page from life, and that being the case, it must be real.’
‘Don’t forget about anything and everything else to be human, think, feel. When you find yourself beginning to feel a bond between yourself and the people you photograph, when you laugh and cry with their laughter and tears, you will know you’re on the right track.’
‘One doesn’t just go up to strange men, women, children, elephants or giraffes and say look this way please, laugh, cry, show some emotion or go to sleep underneath a funeral canopy’, they would have called me crazy and called the cops who would have called the wagon with the guys in white and I would have wound up in the psychopathic ward in Bellevue Hospital in a straight jacket.’
‘[My or Press?] Pictures are different. The photographer must be on the scene at the split second of occurrence. Here’s my formula: Dealing as I do with human beings and I find them wonderful. I leave them alone, I let them be themselves, holding hands with the love light in their eyes, sleeping, or merely walking down the street. The trick is to be where people are. All one needs to do is to be on the spot, alert, and human. I think the secret is knowing what you want. I worked for years then there were no more gangsters, no really good murders, so I got a job with Vogue doing fashion photography. (laughter). They always send a girl along to make sure I didn’t steal the silverware. (laughter) So i got tired of fashion and so I went to Hollywood. I’ve appeared in five pictures as a street photographer. The greatest bit of casting since Lassie.” (much, much laughter and applause)… 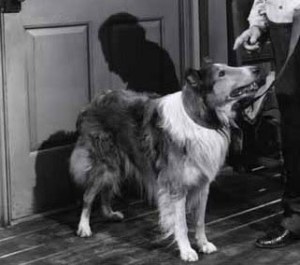