Father was waiting to meet us. He showed the authorities enough money to convince them that we would not become public charges… I think it was twenty dollars… Two rooms over a bakery were as hot as a furnace in hell. The rent was twelve dollars a month, but in those days who had that kind of money? (p. 9)
Many a night I was so hungry that I cried myself to sleep on an empty stomach… (p. 10) 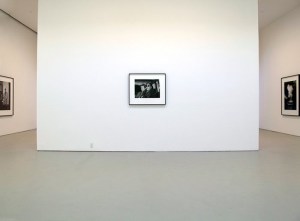 I made a profit of one to two dollars a day selling candy. I would start of making the rounds of the rag sweatshops right after school. Lucky for me, the girls who only made five dollars a week themselves, always seemed to have a penny for a chocolate bar or a stick of gum… (p. 11)
I stayed on until I had sold out my stock, at about eight o’clock at night, and then I proudly went home to hand over my pennies and nickels, to my mother.
My earnings, small as they were, helped to keep the family in food and in second-hand clothes, for, except for, the free rent, my father was doing poorly as a wage earner. (p. 12)

One pay day, I opened my pay envelope and, in addition to the usual four dollars and fifty cents, I found an extra dollar… The next week my pay envelope contained only four dollars and fifty cents… That dollar was “accumulated overtime” for two years’ work… The big star of the studio was the camera operator. He wore a bow tie and received tweny-five dollars a week, big money in those days. After I had been there about two years, he left, and I began to do his work. My salary was raised to seven dollars a week. (p. 16)

I bought a second-hand 5 x 7 view camera… on weekends the kids were dressed in their best. I’d grab them, wipe their dirty faces, put them on the pony, give them a little ride, and then shoot their pictures… I would show the proofs and take orders for copies – one for a quarter, three for a half dollar – which I finished in the kitchen. (pp. 17-18)

I was broke, hungry, and had no place to sleep. It was impossible to find work. I slept in parks, in missions, and anywhere else where I could find a place to lie down… I would go through telephone booths to see if any loose nickels were floating around… The manager hired us as extra bus boys for the lunch hour rush… I worked from ten-thirty to two-thirty… we were given a dollar and ordered to come back the next day. (pp. 20-21) 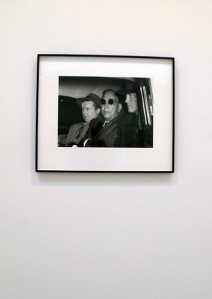 I finally landed a job in a passport studio downtown near the Customs house… I started at fifteen dollars a week… Within two weeks, when the owner saw what a good salesman I was, he raised my salary to forty dollars. (p. 24)

I was now almost twenty-four years old… So I quit my job and went to Acme Newspictures for twenty dollars a week… (p. 25)
I stayed at Acme until 1935. I was earning fifty dollars a week, very good money for those depression days… (p. 35 )

In his entire life Weegee probably never made what it costs to buy a single Weegee influenced, staged photograph…
“It had to be a good front-page story, a “MUST,” before the papers would part with five bucks for a shot. They called it “art.” Most of the editors had delusions of grandeur…” Weegee by Weegee, p. 38

From the David Zwirner Gallery Press Release: “Douglas’s midcentury alter-ego revokes the career of the legendary photographer Arthur Fellig, also known as Weegee (1899-1968). Self-taught, Weegee typically photographed at night, always using the same heavy camera, exposure time, and flash; he is particularly known for his documentation of the New York nightscape in the years surrounding the Second World War.”

“Surrounding the Second World War.” Nope.
Preceding. Yes.
During. Yes.
After. Not really.