0 Die in Wrecked Car…Picture shows the remnants of what was perhaps, Pier 60, East 21st St. and the East River… Photo by Ceegee

Footnote, or, after a few minutes of Googling:
“The Bernstein Award
This national award, endowed by the late Morris J. Bernstein in memory of his son, a physician who died in an accident while answering a hospital call in 1940, is given to a physician or scientist who has made a significant contribution in medicine, surgery, or disease prevention during the previous calendar year.
The award consists of a check for $2000.00 and a citation. Information on the MSSNY Continuing Medical Education Program can be obtained here…” 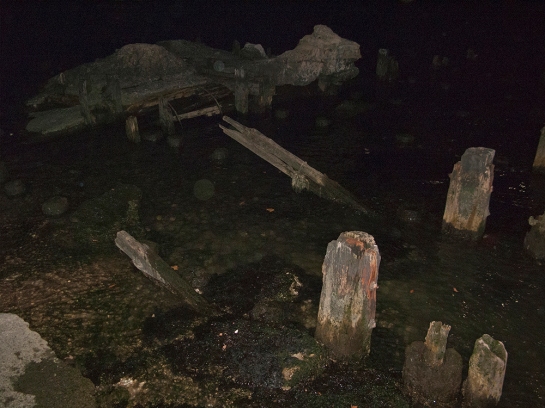