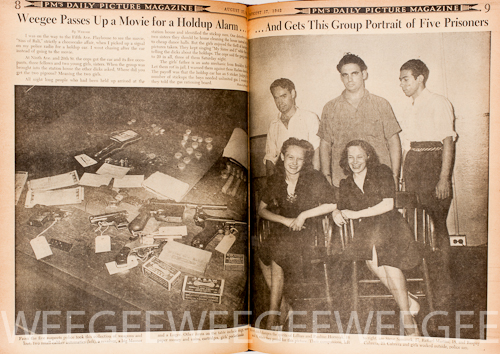 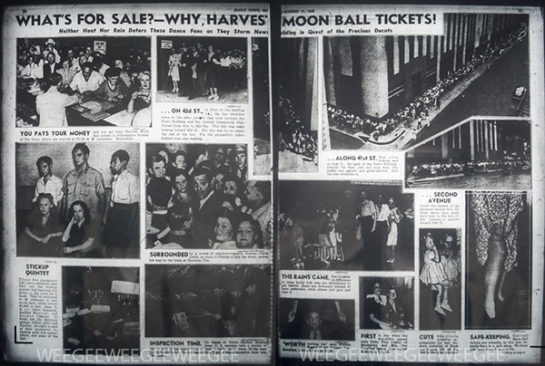 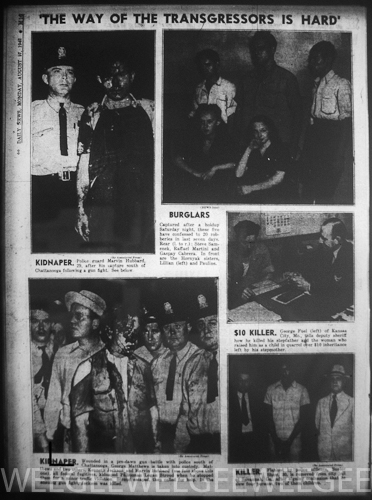 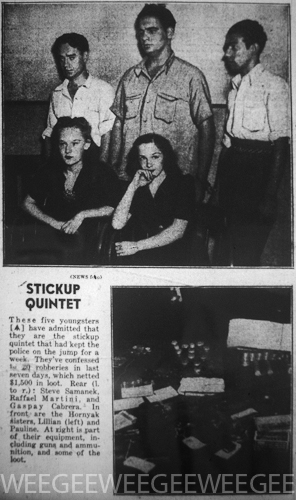 New York Daily News, August 17, 1942
Stickup Quintet and Burglars: “These five youngsters have admitted that they are the stickup quintet that had police on the jump for a week. They’ve confessed to 20 robberies in the last seven days, which netted $1,500 in loot. Rear: Steve Samanek, Raffael Martini, Gaspay Cabrera,” Lillian Hornyak and Pauline Hornyak.”

One of our favorite PM spreads.
Presumably the same Fifth Ave. Playhouse that was had a surrealist film festival in the beginning of 1942. 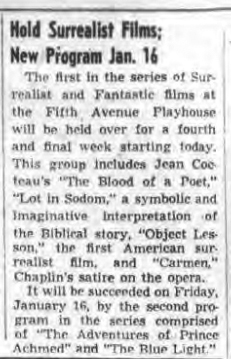 North Tonawanda NY Evening News, November 1942
Perhaps coincidentally;-) In NYC there was a “gay nightclub called ‘The Sins of Bali.'”

According to wikipedia: “My Sister and I” is a song written by Hy Zaret, Joan Whitney and Alex Kramer, recorded by Jimmy Dorsey. It hit number one on the Billboard charts on June 7, 1941. The lyric is in the voice of a child who has–with a sister–left a war zone by boat and begun a new life abroad.”
(It can be heard here.) 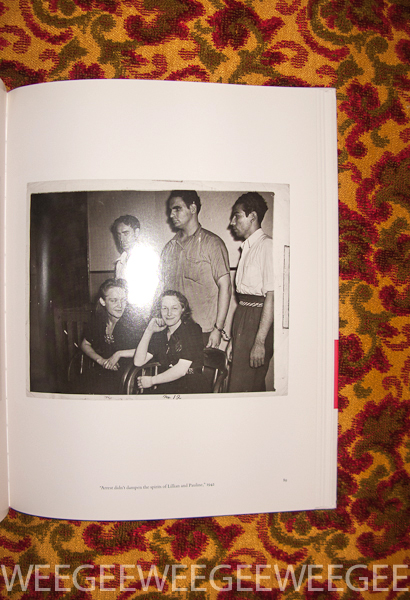