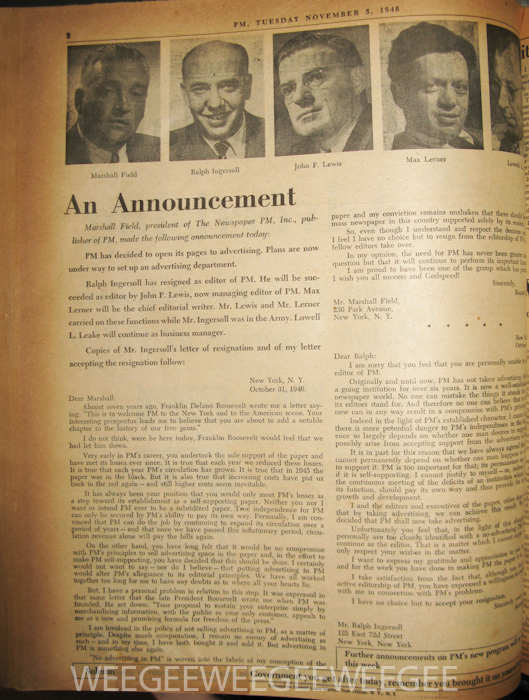 PM Daily, November 5, 1946
“An Announcement
PM has decided to open its pages to advertising. Plans are now under way to set up an advertising department.
Ralph Ingersoll has resigned as editor of PM…” 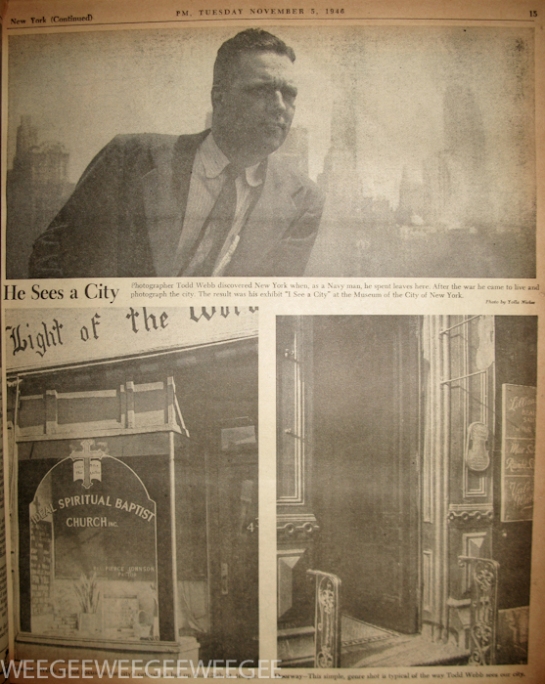 PM Daily, November 5, 1946
“He Sees a City
Photographer Todd Webb discovered New York when, as a Navy man, he spent leaves here. After the war he came to live and photograph the city. The result was his exhibit “I See a City” at the Museum of the City of New York.”