1. Stanely Sandler, 23, and Francis Whelan, 32, both of Astoria, lie on pavement of Third Ave., near 42d St., after car driven by Whelan crashed into El pillar. Sandler is dead.
2. After recovering from first shock of accident, Whelan went berserk, battled with police. Bystander fans him with newspaper as police hold the struggling driver
3. Clothes torn and his face covered with blood, Whelan gains his feet, continues his struggles with cops, who hold him firmly.
4. His face covered with newspapers, the dead Sandler receives last rites from Father Thomas McNulty. Sandler was riding in rear seat. Another passenger, Joseph Mahoney, was injured.
5. Whelan lies on floor of ambulance, still held by police. He was taken to Bellevue Hospital for observation.
6. After caroming off two El pillars the car came to a stop and burst into flames. Driver of car escaped death miraculously in accident, which occurred at 5 o’clock yesterday morning.
7. The fire’s been put out and here’s all that remains of the car. It hit pillars between 41st and 42d Sts. while making U-turn.
8. Carmine DeNote and Pvt. Arthur Hayden examine axle and wheel which landed 40 feet from where car hit. Technical charge of homicide was lodged against Whelan. 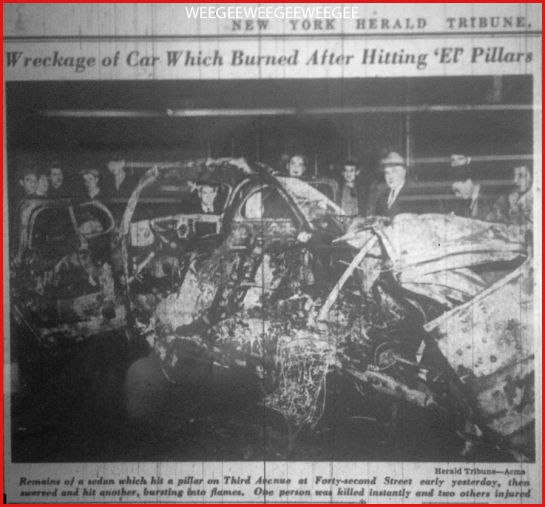 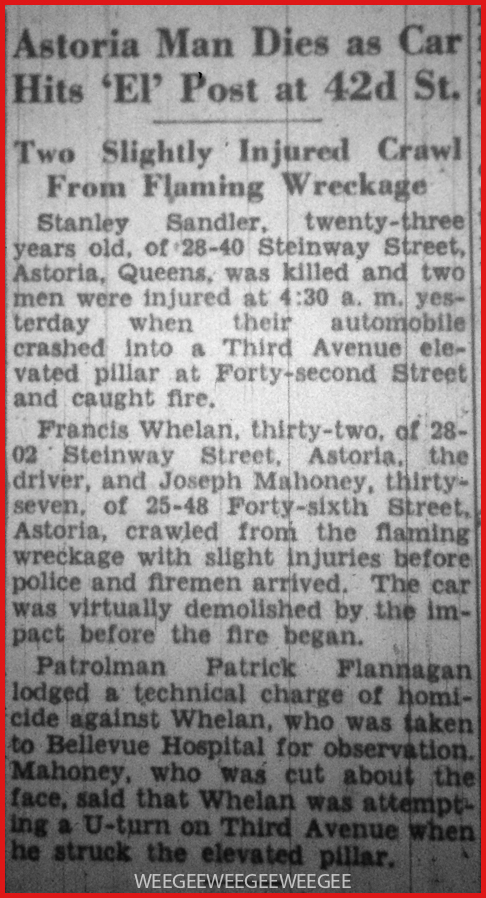 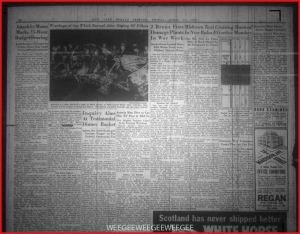 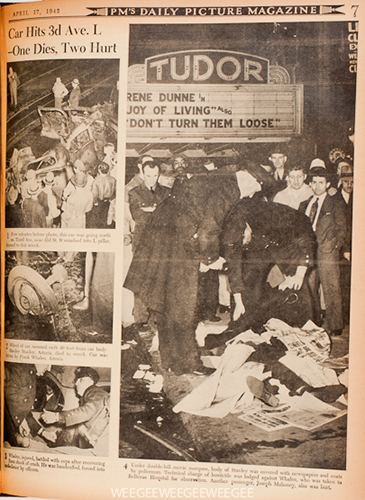 PM, April 17, 1942 (No photo credit)
1. Few minutes before photo, this car was going north on Third Ave., near 42d St. It smashed into L pillar, burned to this wreck.
2. Wheel of car rammed curb 40 feet from car body. Stanley Stanley, Astoria, died in wreck. Car was driven by Frank Whalen, Astoria.
3. Whalen, injured, battled with cops after recovering from shock of crash. He was handcuffed, forced into ambulance by officers.
4. Under double-bill movie marquee, body of Stanley was covered with newspapers and coats by policeman. Technical charge of homicide was lodged against Whalen, who was taken to Bellevue Hospital for observation. Another passenger, Joseph Mahoney, also was hurt. 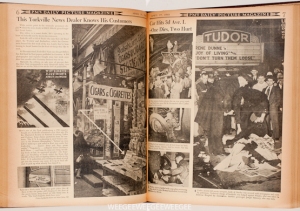 We found coverage of the “Joy of Living” accident only in The Daily News, New York Herald Tribune, and of course, PM. DN and PM published foto stories, little photo essays, and PM’s story featured one of the greatest photos of the 20th century. There are (at least) three variations, versions, or varieties or Joy of Livings….

The car caromed at around 5 AM while making a U-turn; newspapers were used by bystanders to fan distraught driver, Francis Whelan; newspapers covered the body of the dead passenger, Stanley Sandler (Stanley Stanley was too good to be true); The Tudor added a th to ’em… 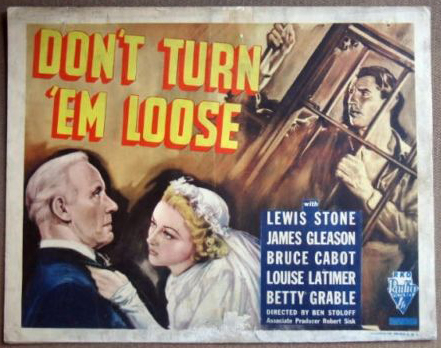 (Very good page on the Tudor Theatre on Cinema Treasures…) 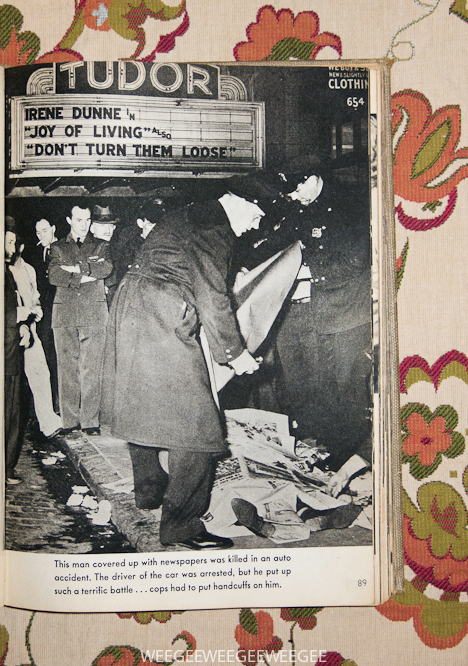 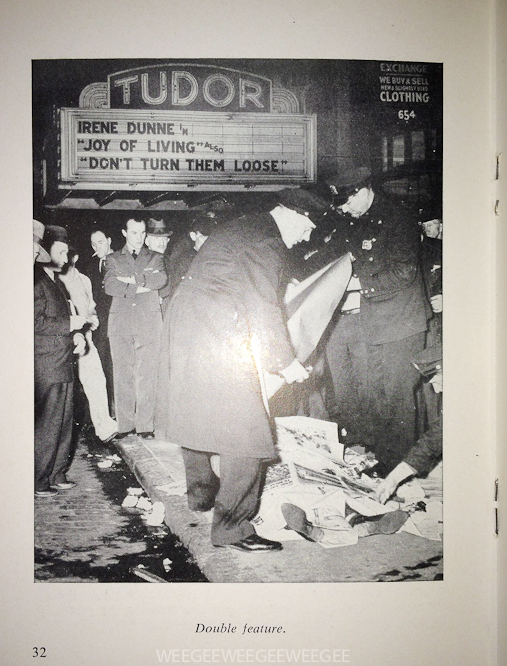 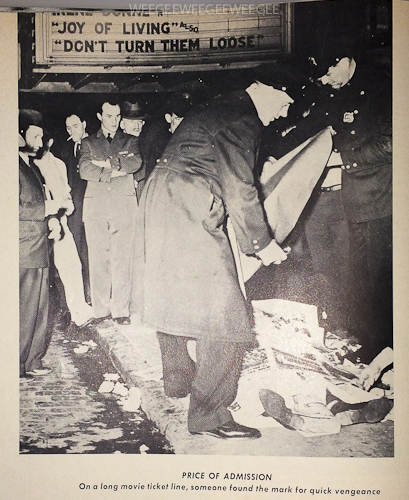 “PRICE OF ADMISSION
On a long movie ticket line, someone found the mark for quick vengeance” 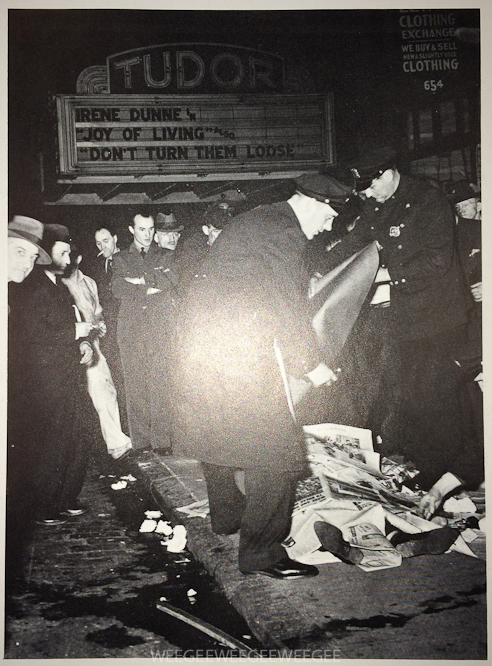 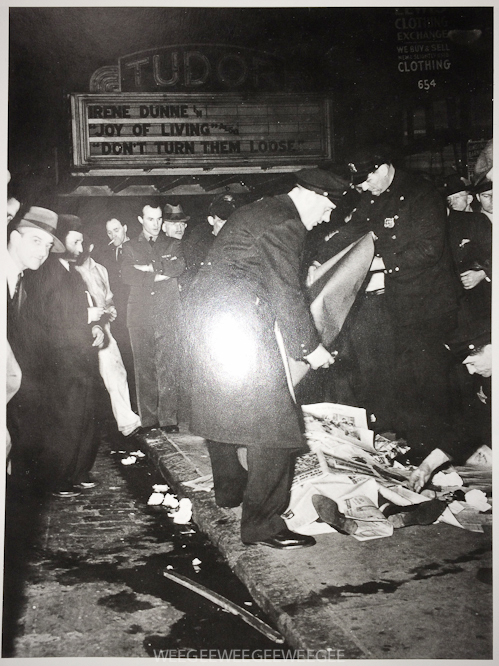 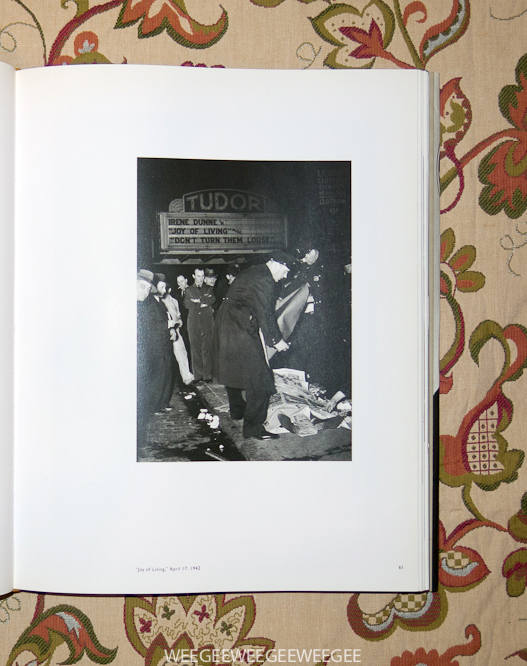 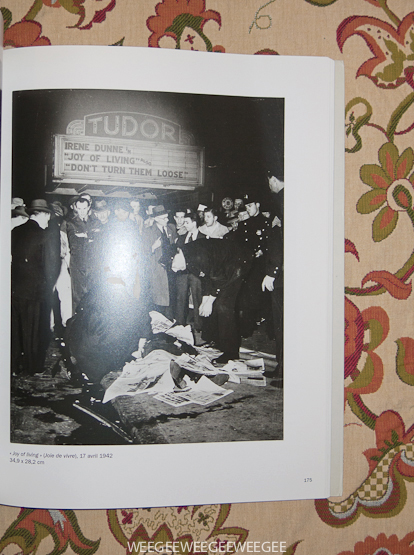 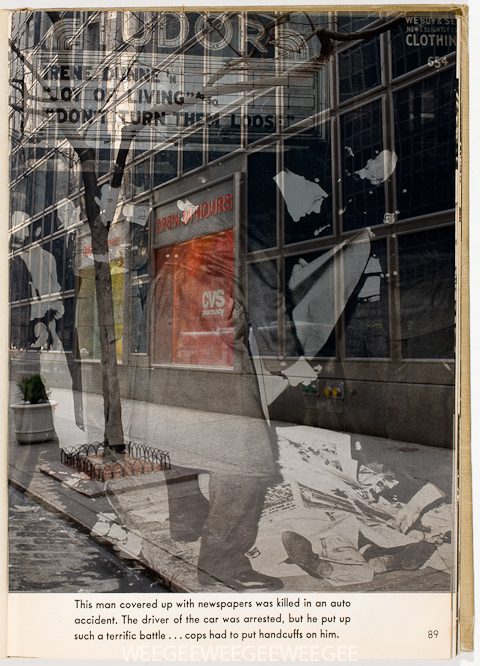 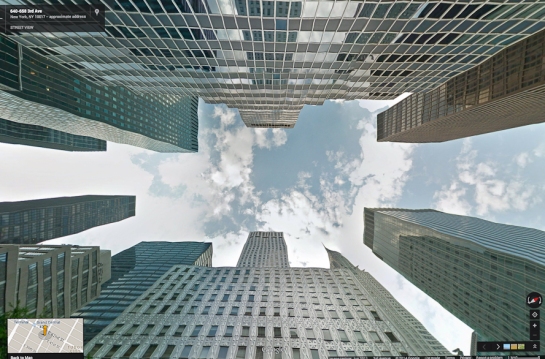 Above the Joy of Living… (with google sky view). 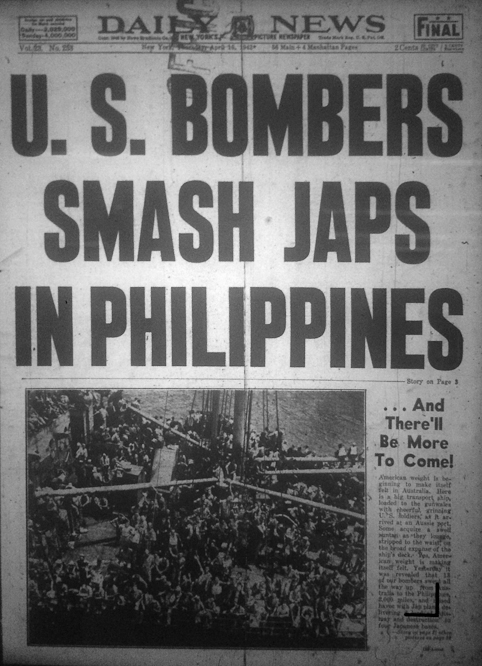 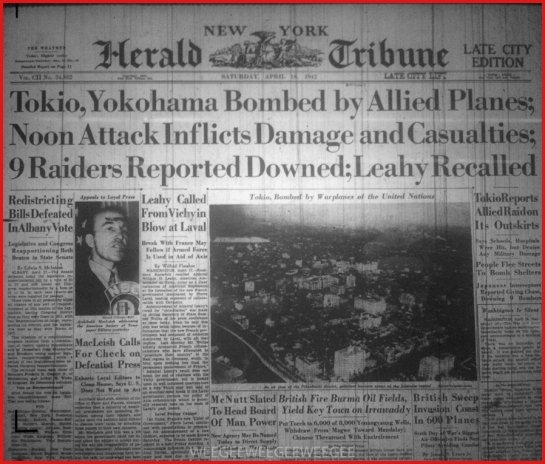