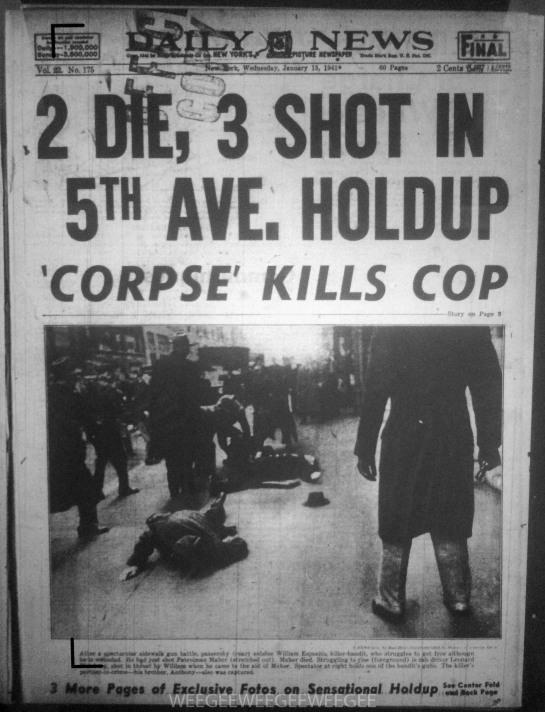 (Last January 15th, we revisited the scene of the crime…) 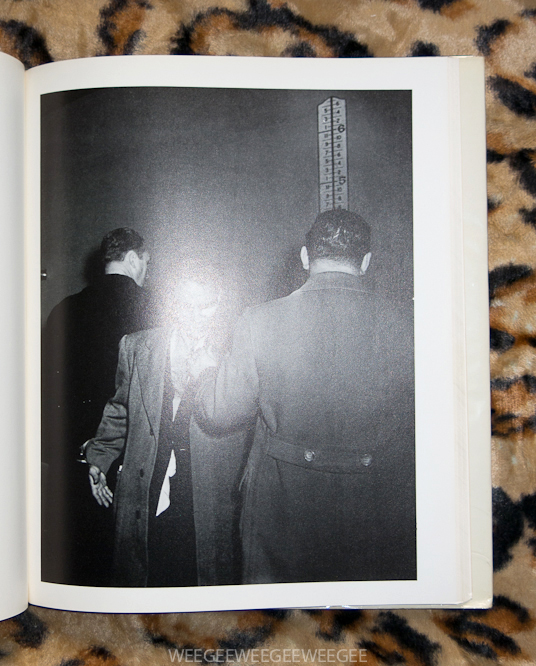 Weegee, Side Photographic Gallery. (Killed a cop in a hold up) 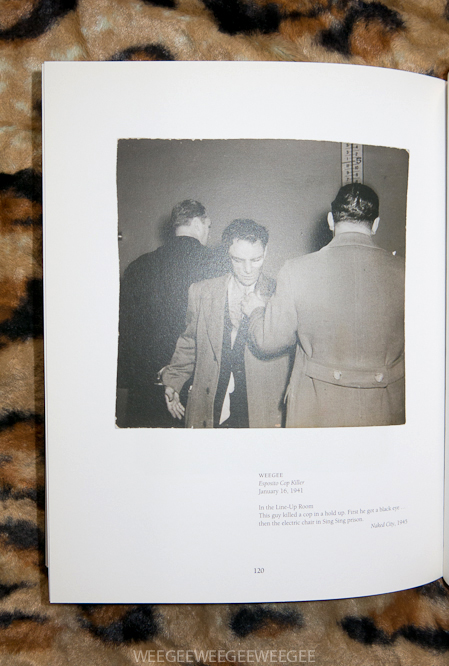 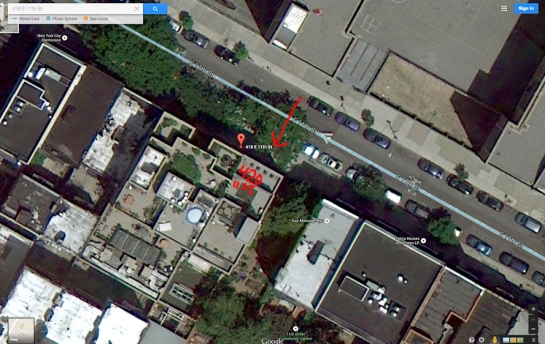 (Cleaning up after a Mad Dog?)

PM Daily, January 16, 1941, Vol. 1, No. 152, p. 32
Gunman Doesn’t Want His Picture Taken
For the first time since Bruno Hauptmann, police today permitted photographers in the line-up room at headquarters. The subject was Anthony Esposito, under indictment with his brother, William for the murder of a business man and a policeman in Tuesday’s tragic Battle of Fifth Ave. The angry gunman ducked after Weegee took the above.

The detectives, manacled to Esposito, didn’t want their names or pictures in the papers. They obliged by turning around, holding the gunman by head and arm so he couldn’t duck again. The yard-stick (top photo) is on the line-up platform, where Esposito had stood, refusing to answer question. “He looked like a sullen, surly, snarling animal,” Weegee reported. “He stumbled and sagged over to one side like a drunk.”

We returned to the scene of the crime, 365 Fifth Ave., the former B. Altman & Co building… We followed the route of the “vicious movie-type Dead End Kids, gun-toters in their teens” gunmen, where the first murder occurred, from 6 East 34th St, (building is now gone). Then the two gunmen ran across the street and entered Altman’s, ran through Altman’s and left through a Madison Ave. exit. Then they ran around to Fifth Ave., in front of a five and dime… Ghosts are all that remain…
Weegee “reporting” again…
Photos by Ceegee, WD Staff 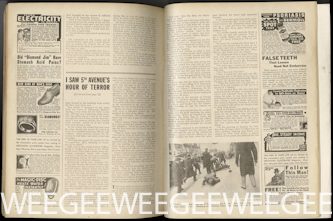 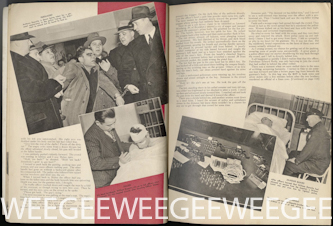 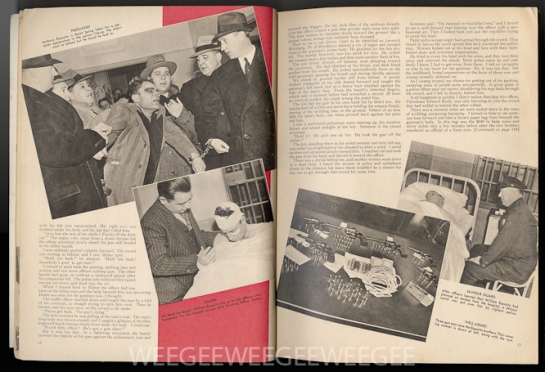 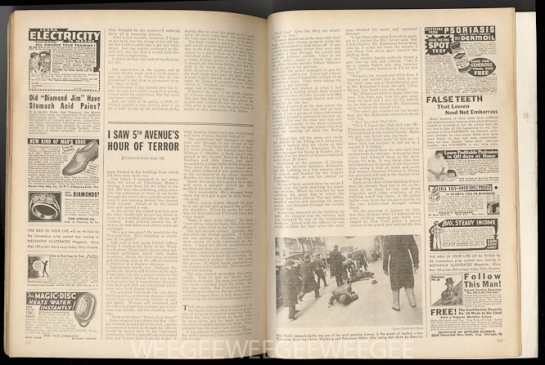 “He looked like a sullen surly, snarling animal,” Weegee reported. “He stumbled and sagged over to one side like a drunk.” PM Daily, January 16, 1941.

Wee recently found this Eye – “I” – witness account of the Fifth Ave. gun battle and mayhem caused by the brothers William and Anthony Esposito in True magazine, Vol. 8, Number 47, April 1941. The story is an eye witness account by John McCarthy.
The only photo credit is: “News Syndicate Photos”
Like many crime stories, this one starts in an elevator and ends in a five and dime store…
It’s about noon, January 14, 1941, you are at the corner of 34th and 5th Ave… and you suddenly hear cries of: “Help! Murder! Help!”