“How I traced my grandfather’s life from a famous photographer’s image”
by Charles R. Hale

Of course that famous photographer was Weegee.

The famous photographer’s photo was on page 73 of Naked City.
The PM page and page spread, published on March 8, 1942: 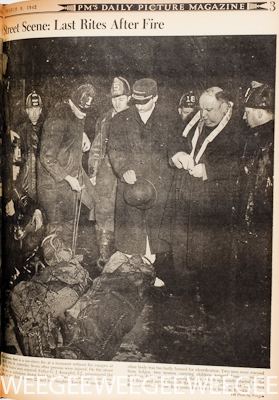 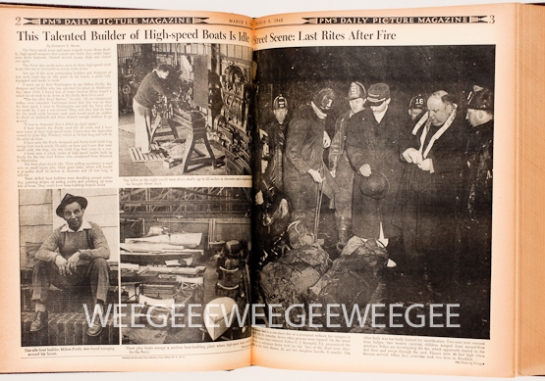 “Three persons died in a one-alarm fire at a tenement with out fire escapes at 239 W. 16th St. yesterday. Seven other persons were injured. On the street after the bodies were removed, Father G.J. Knoepfel, S.J., pronounced the last rites as ambulance doctor held his hat. Two of the dead were identified as Mrs. Betty Hasara, 22, and her daughter Lucille, 8 months. The other body was too badly burned for identification. Two men were rescued from ladders; two women carrying children jumped from second-floor windows. Police are investigating the fire, which apparently started on the first floor and swept through the roof. Flames were 40 feet high when firemen arrived. Other fires yesterday took two lives in Brooklyn.
PM Photo by Weegee 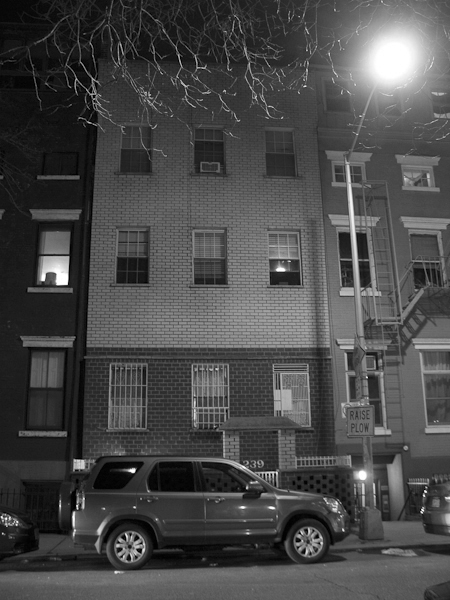 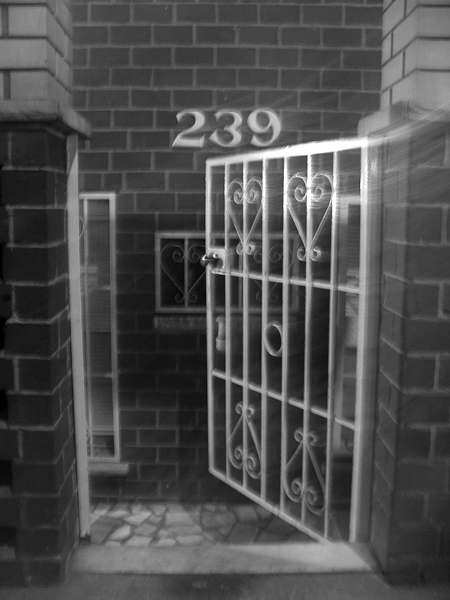