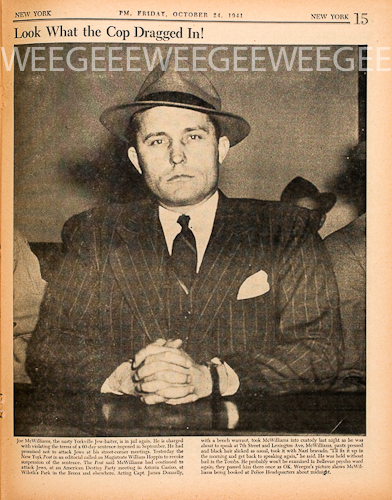 76 years ago today…
New York
“Look What the Cop Dragged In!”
“He was held without bail in the Tombs. He probably won’t be examined in Bellevue psycho ward again, they passed him there once as OK. Weegee’s picture shows McWilliams being booked at Police Headquarters about midnight.” PM, October 24, 1941, p. 15