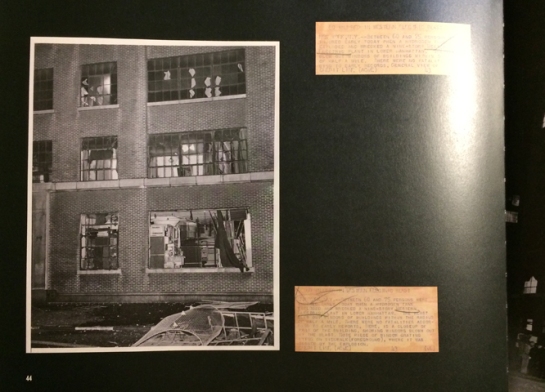 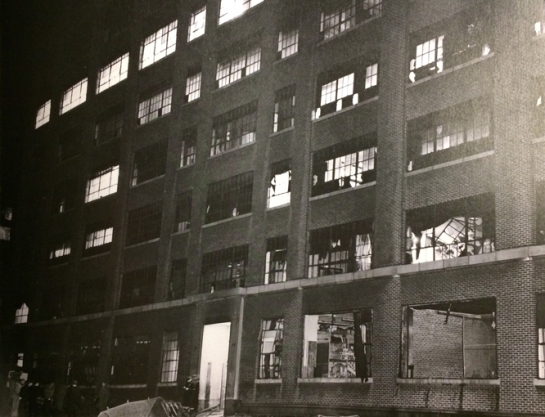 There are many reason to love the book “Extra! Weegee” (Hirmer, 2017) this is one of them:
Making connections between photos. The two photos above and “…And the human cop” were all made at the same place, after the same explosion…

PM caption:
“Proving the Cops are Human
A look of grave concern crosses the face of this policeman as he watches an injured woman being removed from the Western Electric plant at 395 Hudson St. following explosion that killed two early yesterday.”