This Man Started His Crime Career at 12
“…by forging his mother’s name to an excuse for absence at school. Now at 23 George Joseph Cvek, a pock-marked hitch-hiker, finds himself handcuffed between detectives behind bars – a confessed thief, rapist and killer (On pages 12 and 13, his clinical profile.) PM Pohoto by Weegee.” 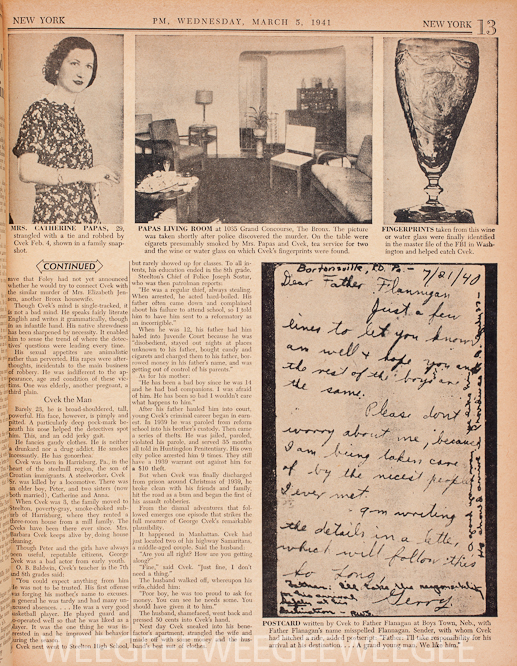 Portrait of a Killer: George Cvek Got a Bad Start and Kept Going

“George Joseph Cvek (pronounced Civic), who admits having assaulted and robbed 15 women, raped 3 of them, and murdered a 16th, is one of the most unimaginative rogues ever filed in a Rogues’ Gallery…”

One of the greatest lesser-known Weegee photos, printed as a full page in PM, shows how great the symbiotic relationship between photographer and newspaper…