“Storm Ties Up Subways…5 Pages
This inferno-like scene is one of the results of tortential rains that wept New York, causing the worst subway tie-up in history. A lightning bolt hit a gas main in a subway excavation, dropped an auto into the resulting cave-in, stated a three-alarm fire… (PM Photo by Irving Haberman)”

“The Weather Bureau also termed 2.13 inches of rain in that brief spectacular on and one-half hours “extensive precipitation.”” p. 15 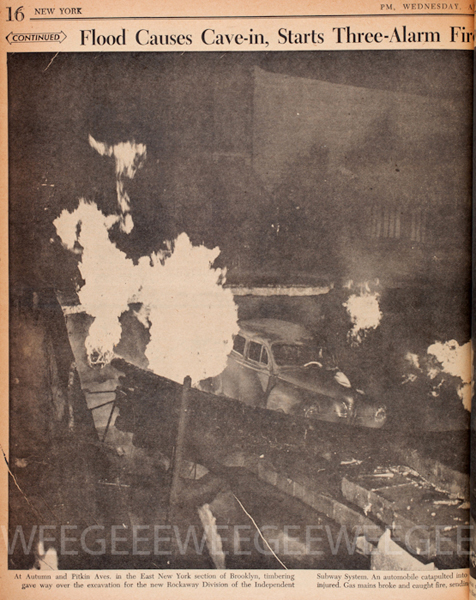 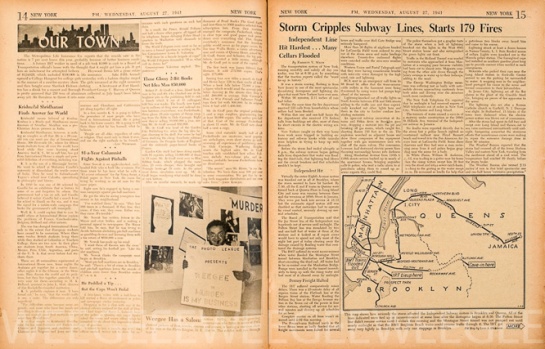 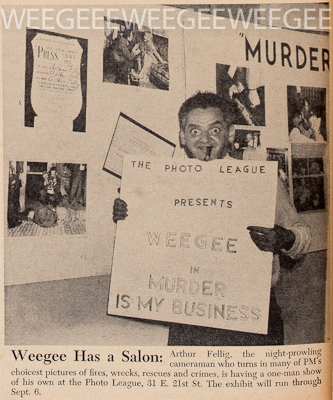 “Weegee Has a Salon: Arthur Fellig, the night-prowling cameraman who turns in many of PM’s choicest pictures of fires, wrecks, rescues and crimes, is having a one-man show of his own at the Photo League, 31 E. 21st St. The exhibit will run through Sept. 6.”