FIREMEN FOLLOW DIRECTIONS
A sign across the front of this seven-story loft building near the Brooklyn Bridge instructed firemen to “Simply Add Boiling Water.” However, cold water was all they had, and anyway it seemed to them that it win this case it might prove more effective. AP Wirephoto.
San Francisco Chronicle, December 21, 1943, p.7

THE FIREMEN FOLLOWED DIRECTIONS
Although the water they used was cold, New York firemen fighting a blaze in a seven-story building did their best to follow directions on a sign on the building: “Simply Add Boiling Water.” (A.P. Wirephoto)
The Philadelphia Inquirer, Tuesday Morning, December 21, 1943, p.6

3. FIRES…
The surprising thing about New York families, living as they do in such crowded conditions, is that they still manage to crowd in pets like dogs, cats, parrots, which they always try to save at fires. At one fire, I saw a woman running out holding a cardboard box with a couple of snakes inside. I questioned her. (It was none of my business, but I’m curious about people)… she told me she was a dancer who used the snakes in her act…
Naked City, 1945, p.52

The Sign across the center of the building refers to the frankfurters, not the firemen! Weegee put his Speed Graphic with 5 1/4″ lens on a tripod and three No. 3 flashbulbs on extensions. Super Panchro Pres – 1/10 at F:8
Minicam, 1947

The Eye of Fate

Did New Yorkers look completely different 50 years ago than they do today? Where have those kinds of faces gone?

There is cruelty in Weegee’s flash, but there is also harsh beauty. Sometimes it is the almost abstract beauty of light against dark, as in his photograph of a fire at the Hygrade Frankfurters factory — called “Simply Add Boiling Water.” But sometimes it is the raw beauty of emotion that Weegee captures in his subjects.

The faces themselves can hardly be called beautiful. They seem at first to belong not merely to another time but to another world, as remote from the present as the portrait of a Renaissance pope. It is human flesh, but arranged by a rough, unfamiliar hand. It takes awhile, wandering among Weegee’s photographs, listening to a pair of old men remembering Times Square in 1942, to realize that an old-fashioned face still lurks in each of us, if only a Weegee were there to see it when it surfaced.
The New York Times, December 5, 1997, p.30 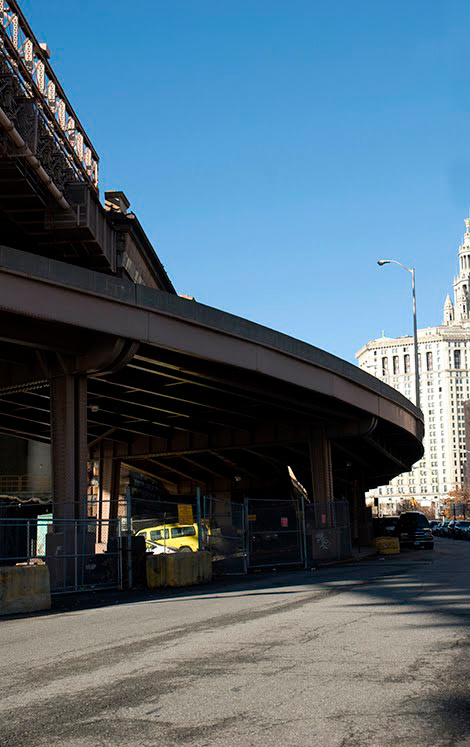