The Newspaper That Can and Dares To Tell the Truth!

…the newspaper division of the New York Public Library…

A few minutes after he held up an Essex Street lunchroom on the Lower East Side and shot a patron, Vincent Mannuzza, 31, was lying dead at the feet of the cop who shot him. Patrolman Laurence Cramer, right, shot and killed Mannuzza after a two-block chase and is shown handing the gunman’s revolver to Sgt. Eugene Morland. The $20 loot taken from the restaurant lies in Mannuzza’s hat at his side. An ambulance surgeon crouches over the dead man who was shot in the head and back. Mannuzza shot a customer, Adam Zayko, 50, when he refused to go into the back room with two other customers and the manager of the lunchroom.
PM Photo by Weegee 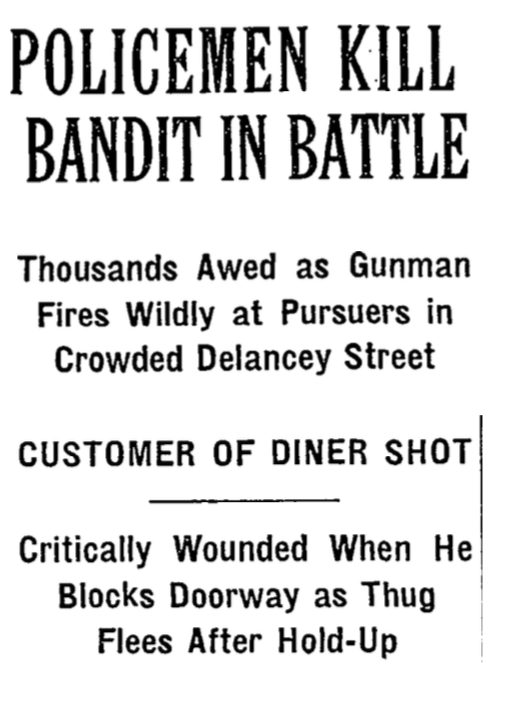 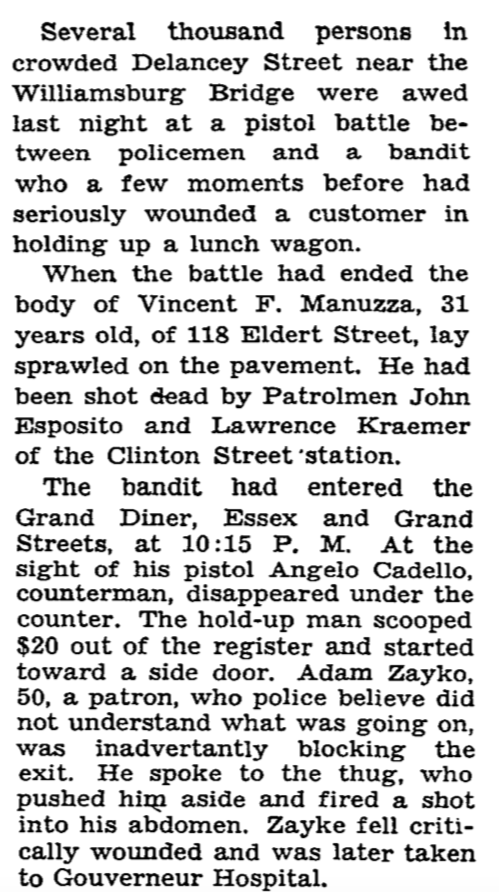 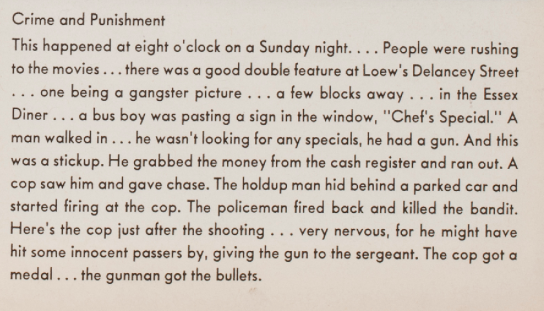 There was a good double feature at the Loew’s Delancey Street on Sunday, November 23, 1941. At 8:45 PM, for 39 cents [7 bucks today], you could have seen this double feature, (neither were were gangster films):

Tanks a Million (1941): “It was the first of Hal Roach’s Streamliners, short films under an hour designed for the lower half of a double feature.” (Wikipedia)

“Your Eyes Have Never Seen Entertainment So Graphically Filmed.”

“You Must See It To Believe It!”