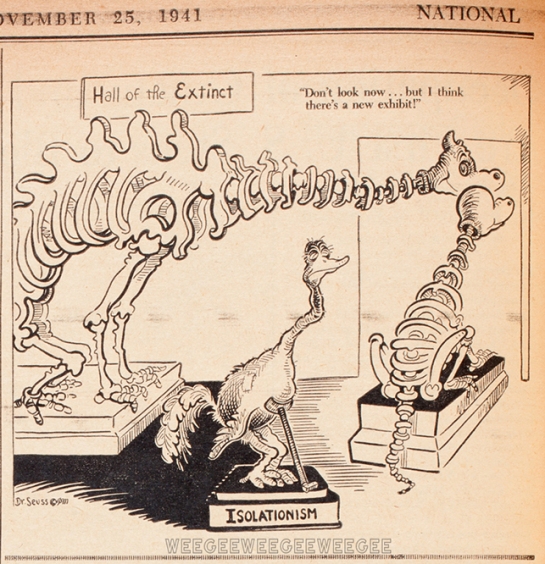 “Don’t look now… But I think there’s a new exhibit!” 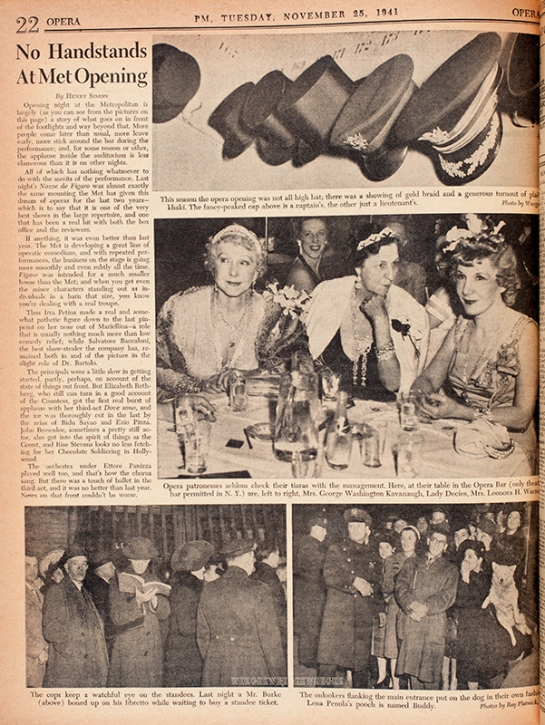 No Handstands At Met Opening 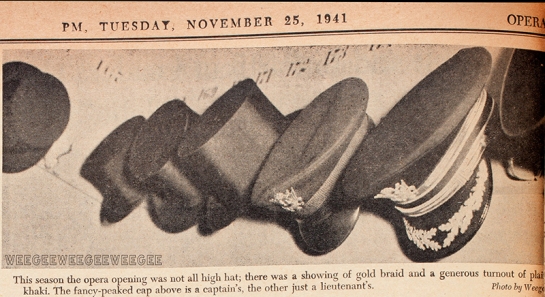 This season the opera opening was not all high hat; there was a showing of gold braid and a generous turnout of plain khaki. The fancy-peaked cap above is a captain’s, the other just a lieutenant’s. 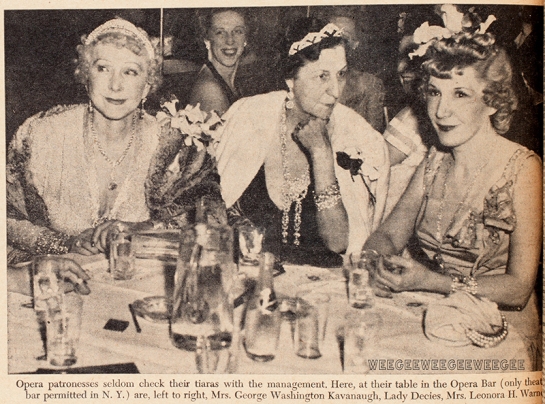 The cops keep a watchful eye on the standees. Last night a Mr. Burke (above) boned up on his libretto while waiting to buy a standee ticket.

The onlookers flanking the main entrance put on the dog in their own fashion. Lena Penola’s pooch is named Buddy. Photos by Ray Platnick,…