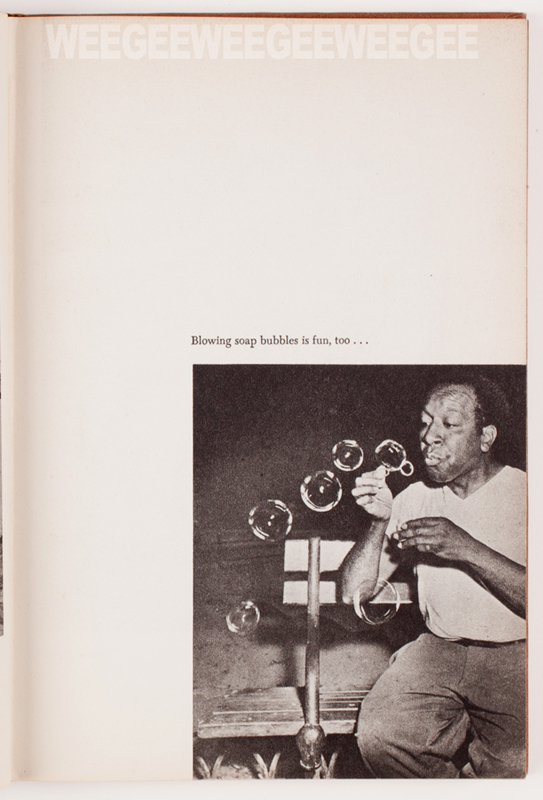 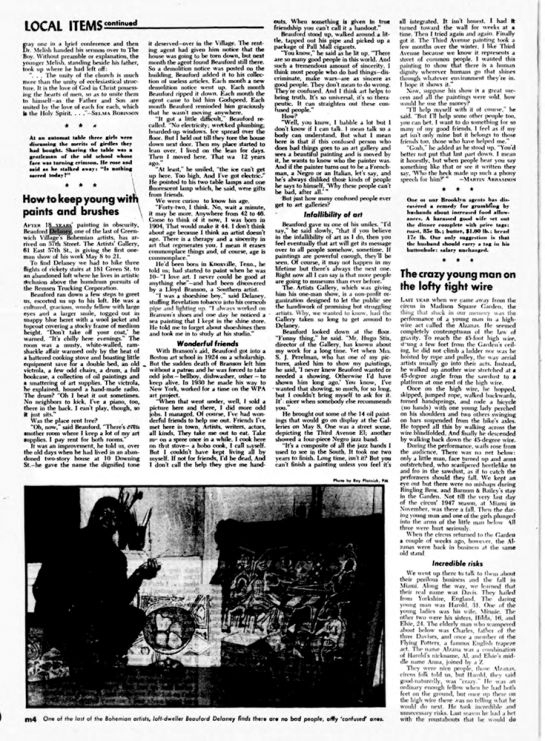 “Every Girl Should Be Married,” 1948, The best 10 seconds. (Unfortunately Weegee’s voice was dubbed.)

MoMA, October 30, 1950: Steichen reads Weegee’s words: “…So I got tired of fashion and so I went to Hollywood. I’ve appeared in five pictures as a street photographer. The greatest bit of casting since Lassie.” [much laughter and applause]

“I also joined the Screen Actors’ Guild and became an actor. My first part was in the RKO production ‘Every Girl Should Be Married,’ with Cary Grant (with complete wardrobe of sports jackets), Betsy Drake, Franchot Tone, and Diana Lynn. I played the part of a street photographer.”
Weegee by Weegee, p. 101 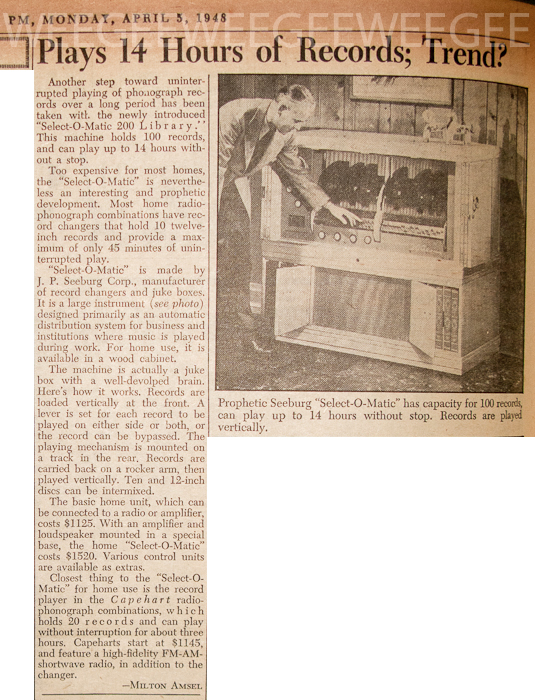 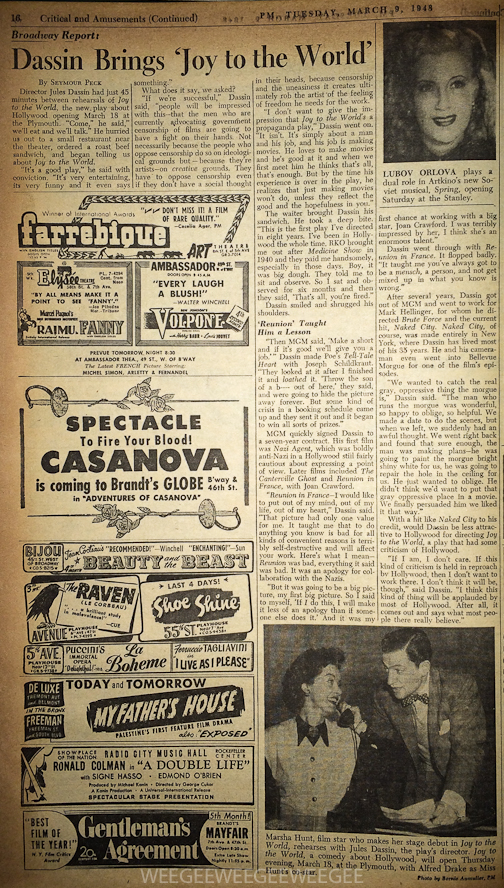 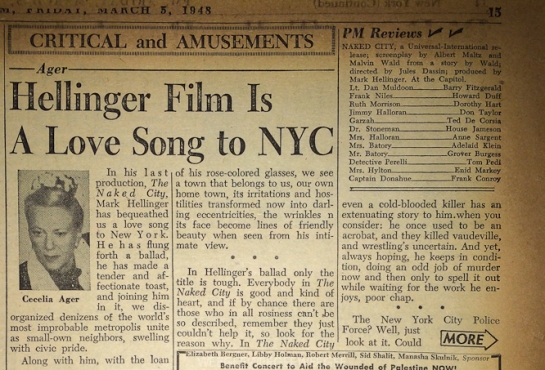 Almost exactly a year ago, we made this great post about a recent ebay auction: 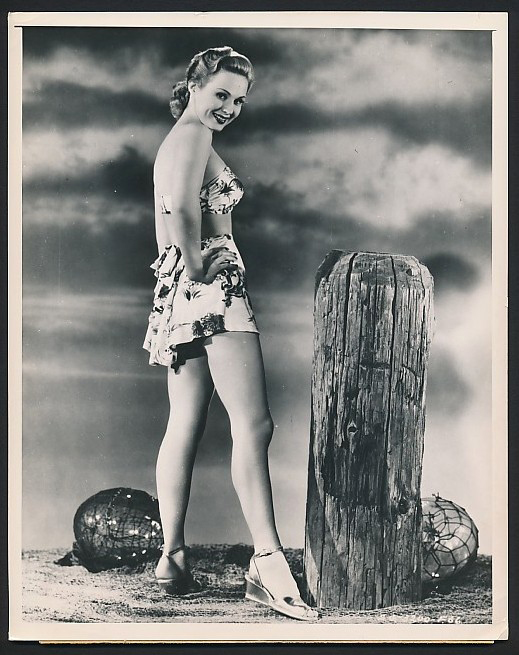 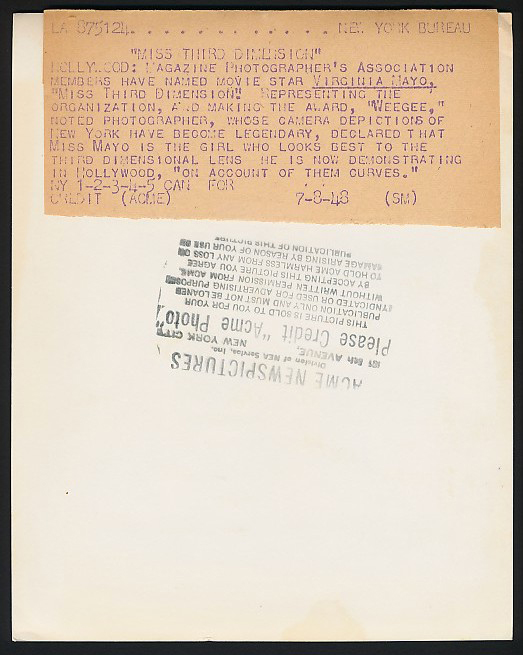 Funny thing is, the caption on the back of the photo doesn’t say that Weegee made the photo. In the (great) caption there is a quote from Weegee, (“on account of them curves”) as an award presenter, not as the photographer. (That’s a curve or perhaps even a knuckleball…)
(There are photos of Weegee and Mayo, each holding a small movie camera, on the same set.)
Our opinion: the photo was not made by Weegee.
—————————————————————————————————————–
Tonight, we make this great post:

Offered is a RARE period photograph of one of those works from Weegee. This 7″ x 9″ photograph from Acme Newspictures was issued on July 8, 1948 and its a striking portrayal of “Ginny”, clearly demonstrating Weegee’s mastery of light and shadow. The Sultan of Morocco once declared Mayo’s beauty to be proof of the existence of God. Well, here is the quintessential photo of the voluptuous Hollywood beauty – like a pinup painting coming to life !” 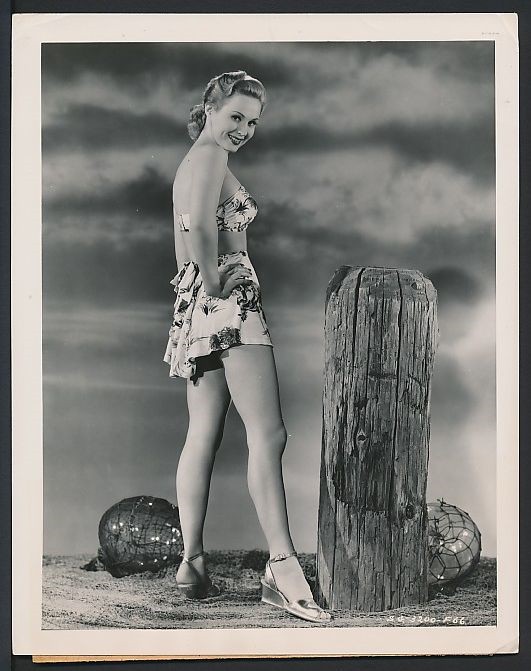 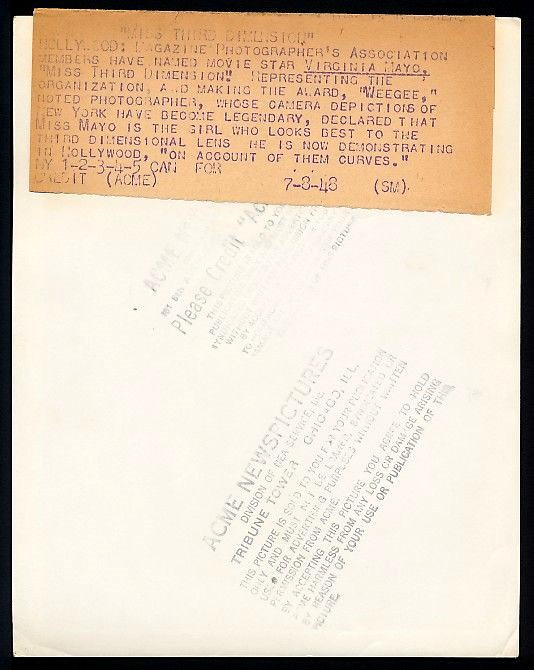 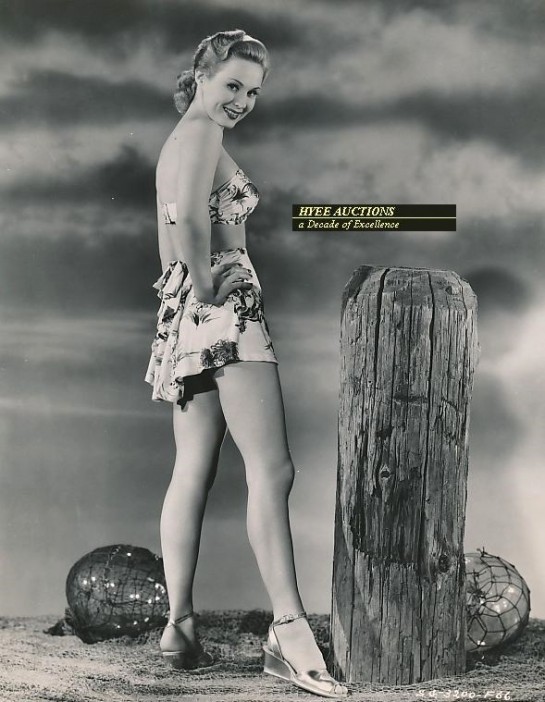 What exactly does the caption on back of this photo say:
“MISS THIRD DIMENSION”
HOLLYWOOD: Magazine Photographer’s Association members have named movie star Virginia Mayo, “MISS THIRD DIMENSION”.
Representing the organization, and making the award, “Weegee,” noted photographer, whose camera depictions of New York have become legendary, declared that Miss Mayo is the girl who looks best to the third dimensional lens he is now demonstrating in Hollywood, “On account of them curves.”
NY 1-2-3-4-5 CAN FOR
Credit (ACME) 7-8-48 (SM)”

We’ve never seen this on a Weegee photo:

Our opinion: the photo was not made by Weegee. 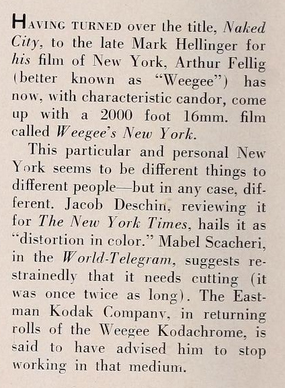 Movie Makers, May 1948
“… with characteristic candor, come up with a 2,000 foot 16mm film called Weegee’s New York… The Eastman Kodak Company, in returning rolls of Weegee Kodachrome, is said to have advised him to stop working in that medium.”

From the amazing Lantern, media history and digital library, website. 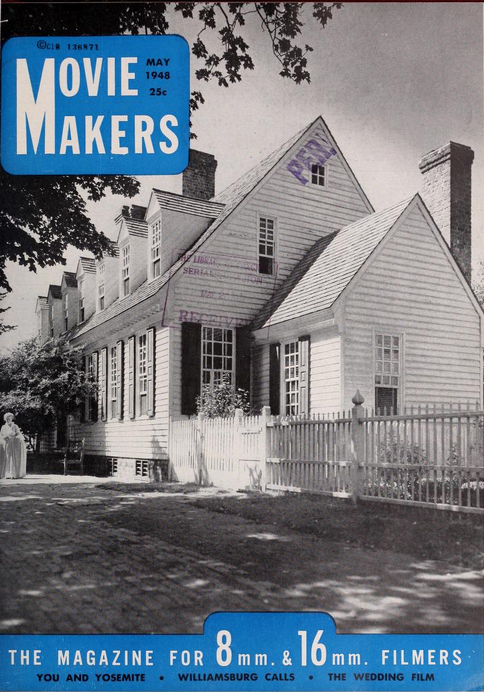 “New York’s famed newspaper photographer, Weegee, had also shot stills and movie footage during the filming of ‘The Naked City,’
in New York and he independently and indirectly aided in the promotion.” 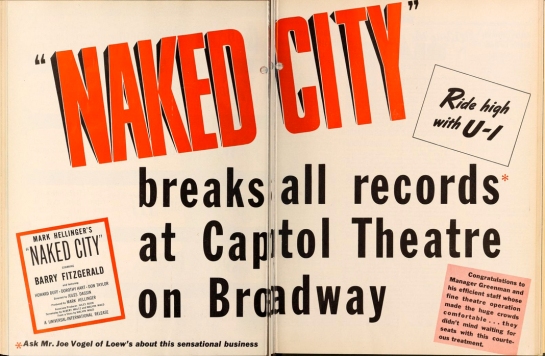