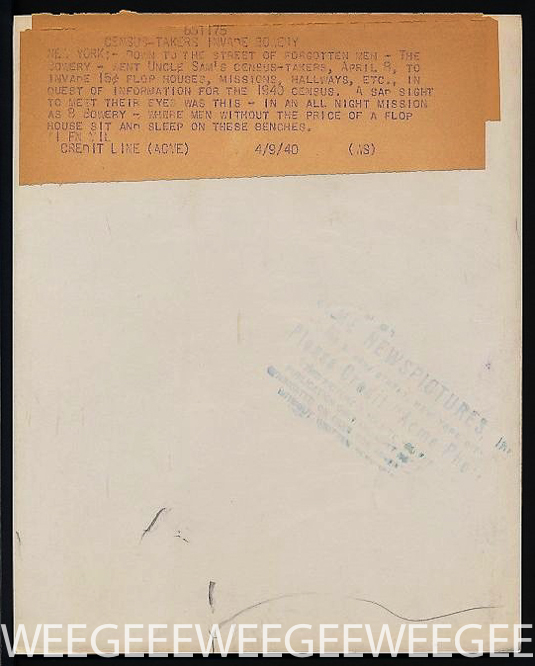 Perhaps more importantly, caption (slug) on the back says:

“CENSUS-TAKERS INVADE BOWERY”
New York: Down to the street of forgotten men – The Bowery – went Uncle Sam’s census-takers, April 8, to invade 15 cent flop houses, missions, etc. In quest of information for the 1940 census. A sad sight to meet their eyes was this – in an all night mission as 8 Bowery – were men without the price of a flop house sit and sleep on these benches.
Credit Line (ACME)
4/9/40 (WS)

(This image is in Weegee’s World, p.44, with what appears to be an incorrect title and date. Photo made in same place, presumably eight months later…)

1954
“The Bowery [or Los Angeles] isn’t as tough as it used to be but it still has too many drunks like those pictured above.” 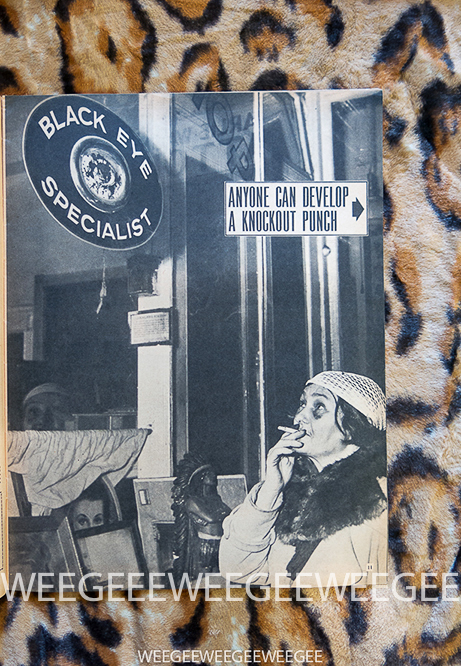 PM Daily, June 8, 1941
“The Cumfort Hotel, an unoccupied flop house at 21 Bowery, was swept by fire yesterday. Battalion Chief Patrick Carey and Fireman Thomas Deady fell from a ladder while climbing to the roof. Here is Deady being taken to a hospital where he was found to be suffering from concussion of the brain. Chief Carey suffered only bruises.
PM Photo by Weegee 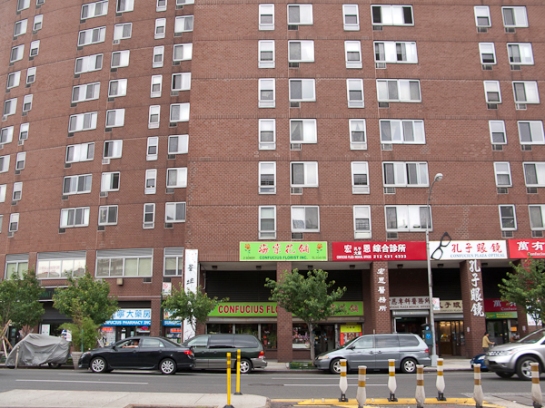 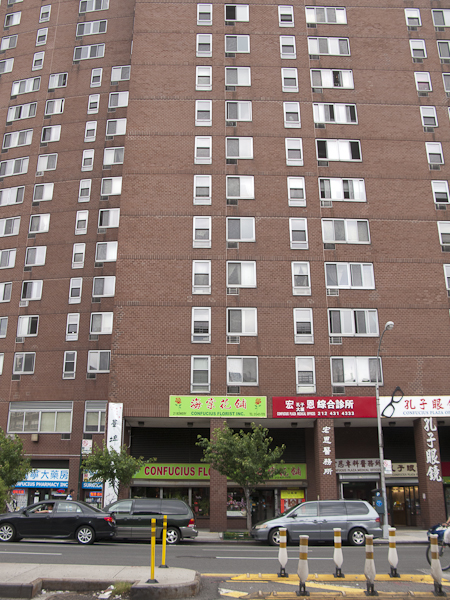 “The forgotten man was remembered yesterday on the Bowery.
He was a guest at a cocktail party where champagne, scotch and beer were served lavishly to wash down huge helpings of corned beef and hot dogs – and it was all free!
The forgotten man – one of the many individuals who come to that gloomy street under the noisy Third Ave. El in downtown Manhattan to forget their pasts – shuffled in with other derelicts and bums into Sammy’s Bowery Follies at 267 Bowery, because the host, Sammy Fuchs, was celebrating his accession to the honorary title of “Mayor of the Bowery”…”

(Coincidentally, we walked the length of the Bowery last night, and 267 Bowery is open again, with out hizzoner and the character(s)…)