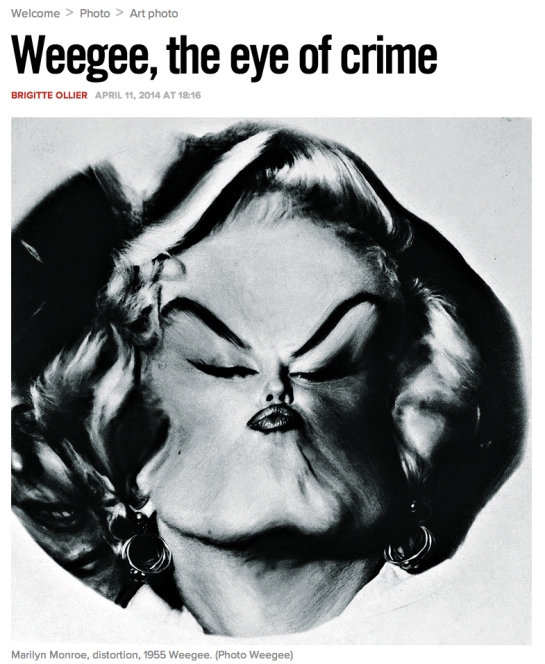 “American photographer is honored to Toulouse.
Weegee, born Arthur H. Fellig, is not a paparazzo, he values ​​and sense of justice. This does not prevent strafe like hell and order crime scenes to his liking. Nobody arrives at the ankle and the history of photography, without him, would be sad to die. Sometimes reduced to a vampire attracted by blood, Weegee (1899-1968) immortalized the New York injustice, racial segregation (photo of a cinema cut in half), those who sleep on the floor and the rich parading as these men back, wearing high-hat, straight out of a painting by Caillebotte.
Weegee was a surefire thing, a sudden flash of his signature to Zorro, which turns any moment into hallucination. His Chevrolet coupe, equipped with a radio plugged into the police frequencies, allowing it to be the first on the scene of various facts, photographs faster than his shadow and be the headlines. Nothing can resist him or the guys or Marilyn Monroe. It is a crazy and daring plays, on occasion, its role mortician paper with panache. In a hundred photographs, the Water Tower offers the best of the American Stanley Kubrick loved and who was set photographer for Dr. Strangelove.”