Cop Kills Holdup Man: A few minutes after he had held up an Essex Street lunchroom on the Lower East Side and shot a patron, Vincent Mannuzza, 31, was lying dead at the feet of the cop who shot him. Patrolman Laurence Cramer, right, shot and killed Mannuzza, after a two-block chase and is shown handing the gunman’s revolver to Sgt. Eugene Morland. The $20 loot taken from the restaurant lies in Mannuzza’s hat at his side. An ambulance surgeon crouches over the dead man who was shot in he head and back. Mannuzza shot a customer, Adam Zayko, 50, when he refused to go into the back room with two other customers and the mangaer of the lunchroom.
PM Photo by Weegee

Footnote, or, after a few minutes of Googling, two similar, yet slightly different accounts: 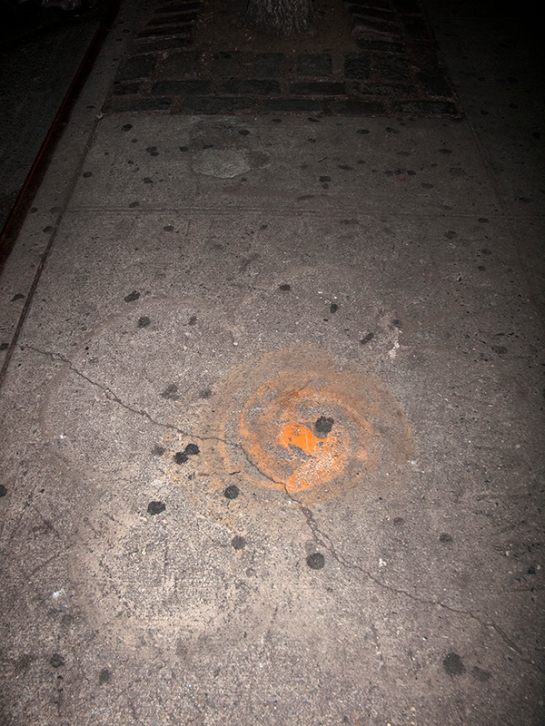