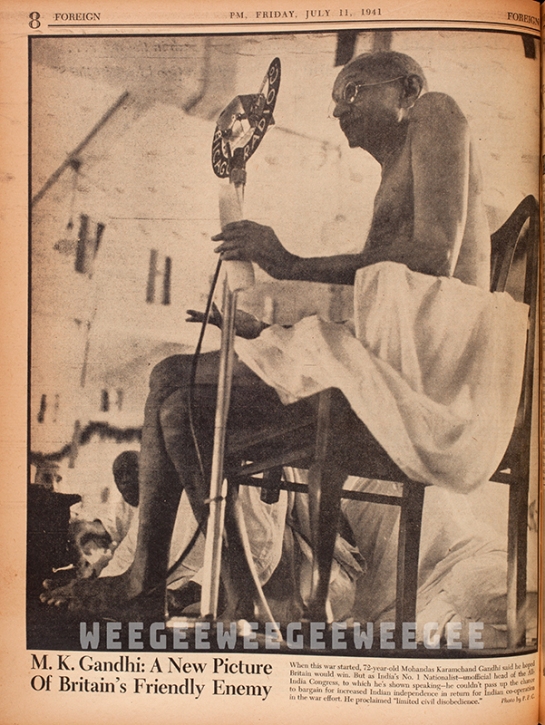 Nikola Tesla, one of the world’s great inventors, celebrated his 84th birthday…

This no U-turn stanchion was in the middle of the street on West 34th Street opposite Macy’s at 4:30 a.m. It had no red warning lantern.

This detour sign at the entrance to the park at Central Park West and 81st Street, is also without a lantern in the middle of the night.

At West 109th St. and Amsterdam Ave., this sign was left in the center of the roadway all night in a two-way street, a menace to traffic.

No red lantern warns motorists of this standard at Broadway and 44th St. It should have been put on the sidewalk or lighted.

This lantern isn’t much good as a warning device. It was clipped by a passing car and broken It wasn’t replaced all night.
PM Photos by Weegee