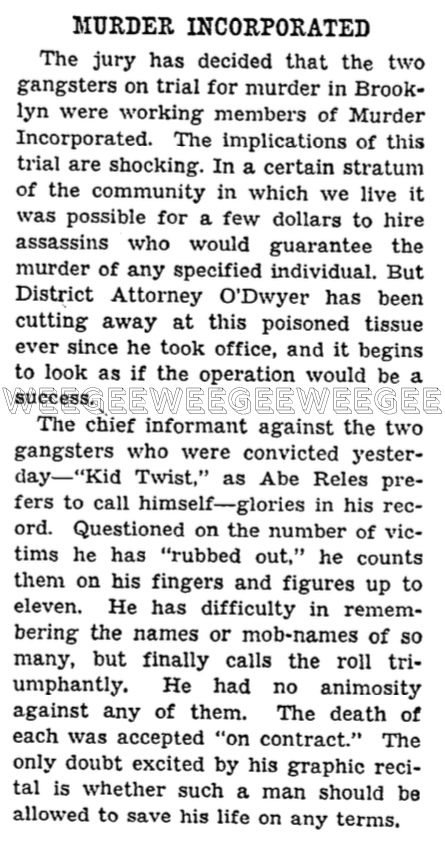 The jury has decided that the two gangsters on trial for murder in Brooklyn were working members of Murder Incorporated. The implications of this trial are shocking. In a certain stratum of the community in which we live it was possible for a few dollars to hire assassins who would guarantee the murder of any specified individual…

The chief informant against the two gangsters who were convicted – “Kid Twist,” as Abe Reles prefers to call himself – glories in his record. Questioned on the number of victims he has “rubbed out,” he counts them on his fingers and figures up to eleven. He has difficulty in remembering the names or mob-names of so-many, but finally calls the roll triumphantly. He had no animosity against any of them, the death of each was accepted “on contract.” The only doubt excited by his graphic recital is whether such a man should be allowed to save his life on any terms.