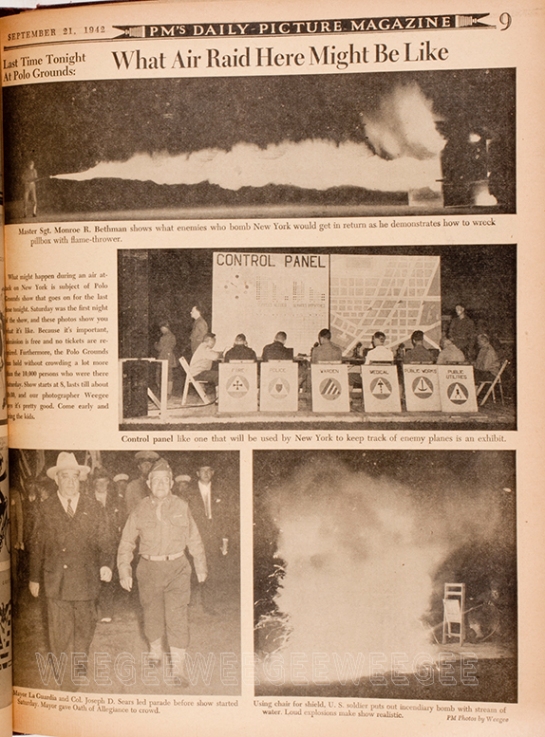 What might happen during an air attack on New York is subject of Polo Grounds show that goes on for the last time tonight. Saturday was the first night of the show, and these photos show you what it’s like. Because it’s important, admission is free and no tickets are required. Furthermore, the Polo Grounds can hold, without crowding, a lot more than the 10,000 persons who were there Saturday. Show starts at 8, lasts till about 10:30, and our photographer, Weegee says it’s pretty good. Come early and bring the kids.

Master Sgt. Monroe R. Bethman shows what enemies who bomb New York would get in return as he demonstrates how to wreck pillbox with flame-thrower.

Control panel like one that will be used by New York to keep track of enemy planes is an exhibit. 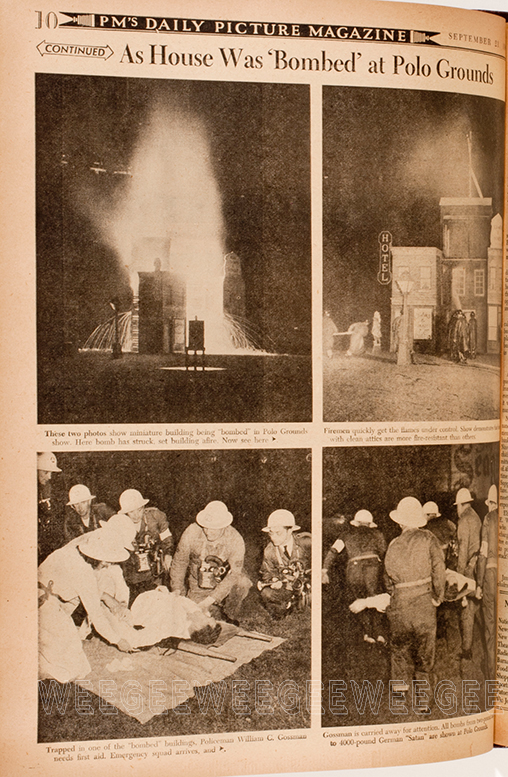 As House was ‘Bombed’ at Polo Grounds

Firemen quickly get the flames under control. Show demonstrates that homes with clean attics are more fire-resistant than others.

Gossman is carried away for attention. All bombs from two-pound… to 4000-pound German “Satan” are shown at Polo Grounds.