The Face of New York on Invasion Day

The crowds in Times Square were serious yesterday – glad that D-Day had come and yet solemn at the thought of the boys in the fighting. Below you see some of the faces turned up toward the electric sign on the Times building as bulletins of Allied progress were flashed out. Photos by Weegee.


“D-Day Polka,” Brunon Kryger “King of the Polkas” and his International Orchestra, 1945 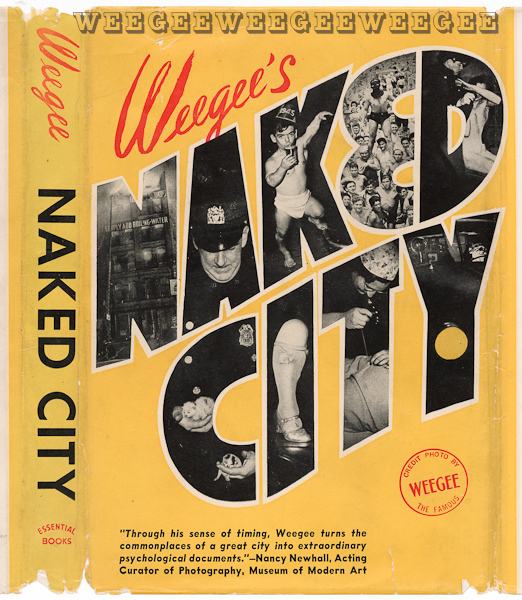 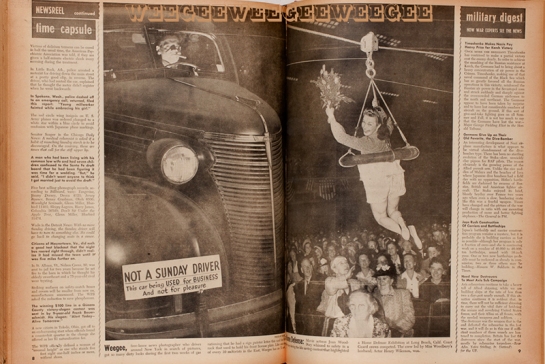 Weegee, free-lance news photographer who drives around New York in search of pictures, got so many dirty looks during the first two weeks of gas rationing that he had a sign painter letter this card for the rack that used to hold his front license plate. Like one out of every 10 motorists in the East, Weegee has an X card.
PM, May 31, 1942, p.8

New York – The envious looks of gasless former “Sunday Drivers” pierced the tender epidermis of “Weegee” noted New York freelance photographer as he toured the city while on the job today. To get rid of that uncomfortable feeling, “Weegee” mounted this explanation of gasoline expenditure on the front of his machine and immediately felt much better.
Credit Line (ACME) 5-24-42 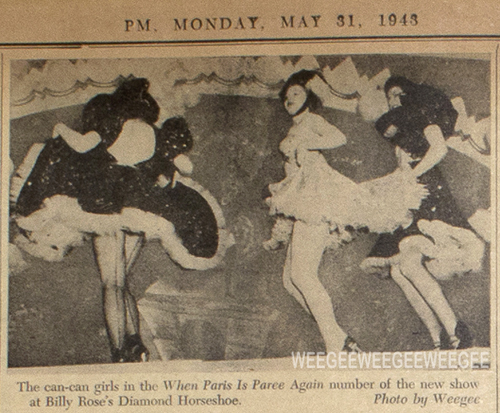 Billy Rose Retreats Into the Future

Having purveyed nostalgia and Gay-Ninetyish frou-frou at the Diamond Horseshoe for several years, Billy Rise about-faced Saturday night and marched into the future…

In its waltzier and wigglier moments, Post-War Preview has the oomph and sheen of Diamond Horseshoe entertainment at its brightest. The girls, as usual, are a splendid group. When the show goes in for a Victory Ball, offering four extremely fat ladies as “The Four Freedoms,” there is rather less to be said of it. Nor is there much to be said of the singing and dancing. There are other short specialties, of which some female contortionists and a dancer who lifts a pile of tables and chairs with his teeth are the most noteworthy.

Whatever its shortcomings, the thing has pace, color, and looks. At Diamond Horseshoe prices, it’s a good buy.

Billy Rose’s new show in the late spring of 1943, at his Times Square Diamond Horseshoe venue, was called “Post-War Preview,” (“The Musical Shape of Things to Come”).

“Post-War Preview” was in four or five parts: “The Night of Unconditional Surrender,” a post-war Broadway; “When Paris is Paree Again,” a post-war Paris; a post-war Vienna; the fourth part featured a post-war poet, Bob Hall; and the final “The Victory Ball” (in Washington) featured performers wearing masks of FDR, Churchill, Chiang Kai-shek, and Stalin, and an international cast.

Some of the performers included: Three Ross Sisters, Bob Hall, Herman Hyde, Billy Banks (died in Tokyo in 1967), Rosalie Grant, Vivien Fay, Four Rosebuds, Vincent Travers, and significantly Bobby Davis, (tap dances and “Puts one table on top of another and several chairs on top of the tables, leans down, takes a bite of the tables and lifts them up above his head with his teeth.” Brooklyn Eagle, June 1, 1943)


“A Message From the Man in the Moon,” Vincent Travers and His Orchestra; Buddy Blaisdell; Kahn; Jurmann, 1937

…There were no glasses, of course, on any of the girls last night. They are beautifully costumed in pink, blue and other colors, and Billy Rose told me that there wasn’t a single costume that cost him less than $360, which is considerable when you consider the amount of the gals that isn’t covered.

A radio announcer’s staccato voice starts the ‘Post-War Preview.”It is the Night of Unconditional Surrender and the announcer says that crowds in New York are dancing in the streets, 50,000 lights are aglow, and people are tearing up their ration cards into confetti… (The New York Post, June 1, 1943.)


“Tomorrow Is Another Day,” Vincent Travers and His Orchestra; Buddy Blaisdell; Kahn; Jurmann, 1937

The Verdict Is In (And You’re Guilty), Shorty Long and the Santa Fe Rangers, 1948 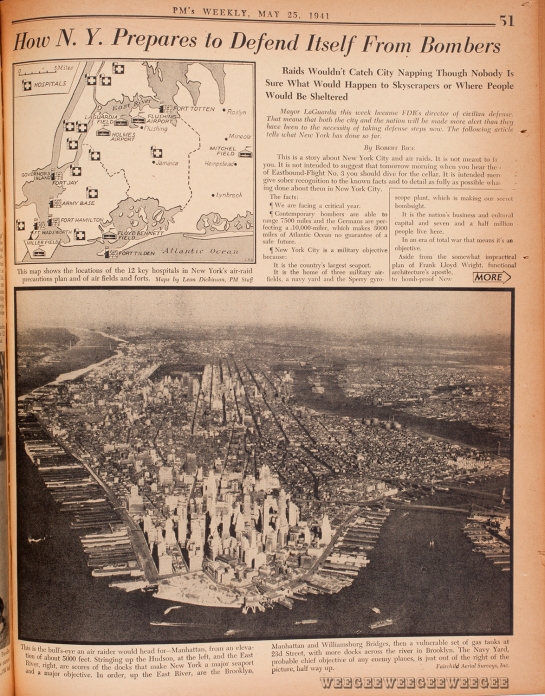 How N.Y. Prepares to Defend Itself From Bombers

Emergency Services Are Ready for Action 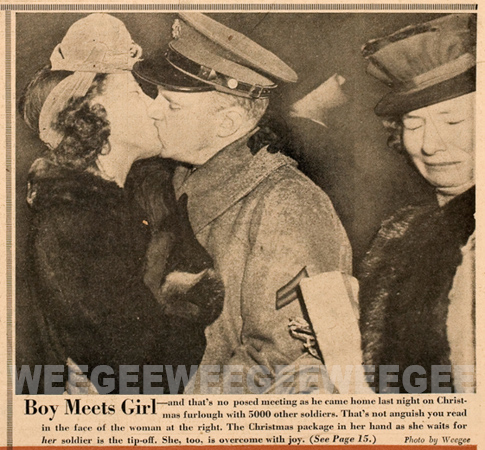 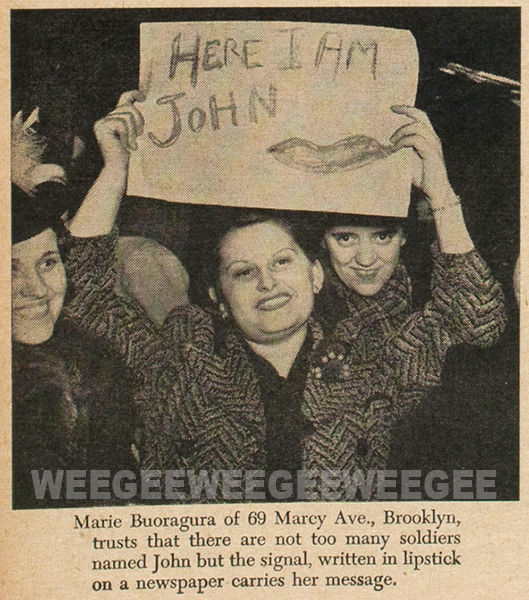 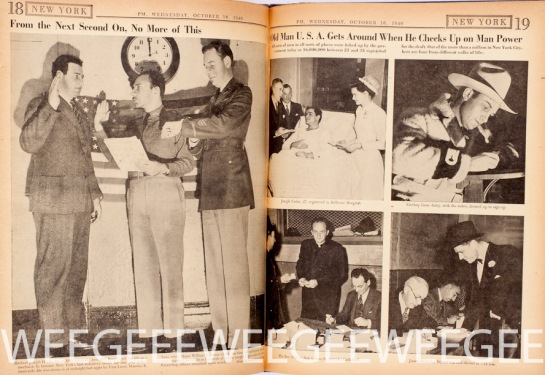 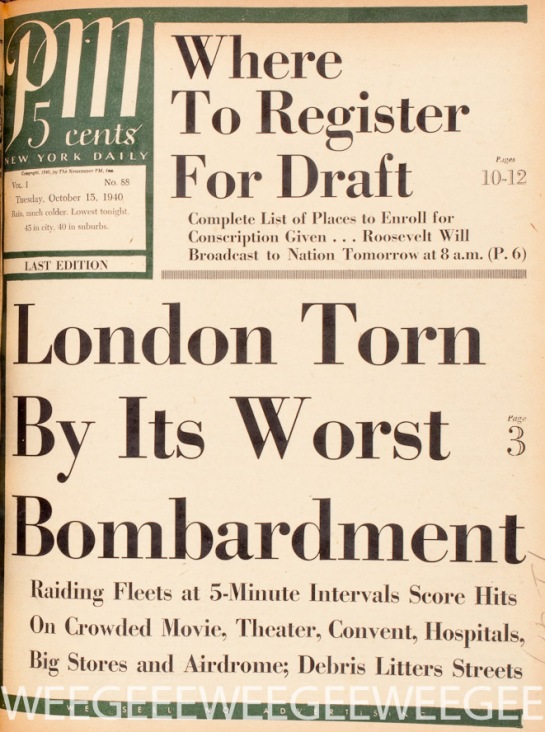 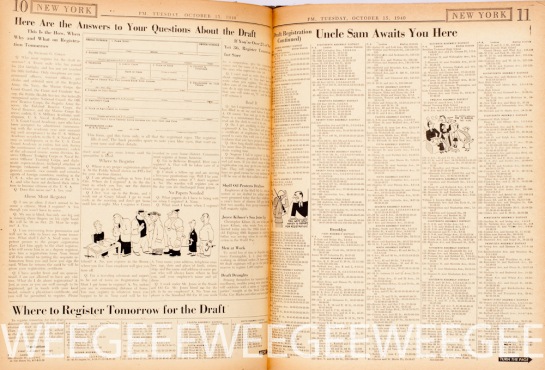 Q. “Who must register for the draft tomorrow?”
A. “Every male who has passed his 21st birthday and has not yet reached his 36th birthday…”
(W. would have been approximately 39-40.) 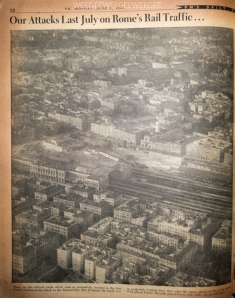 2. But this policeman found an auto near Radio City parked illegally, and left a ticket…
3. For Eddie Grosso, musician, of 34-40 83d St., Jackson Heights. Grosso faces $4 fine under new law. He parked his car, attended to business in Radio City, got souvenir.
PM Photos by Weegee 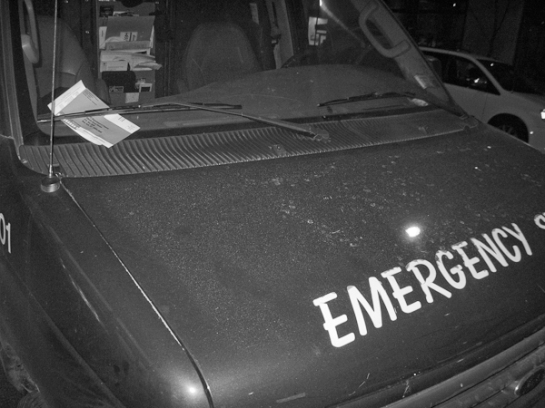 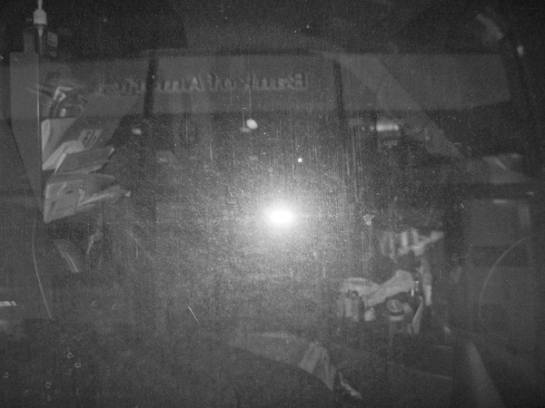