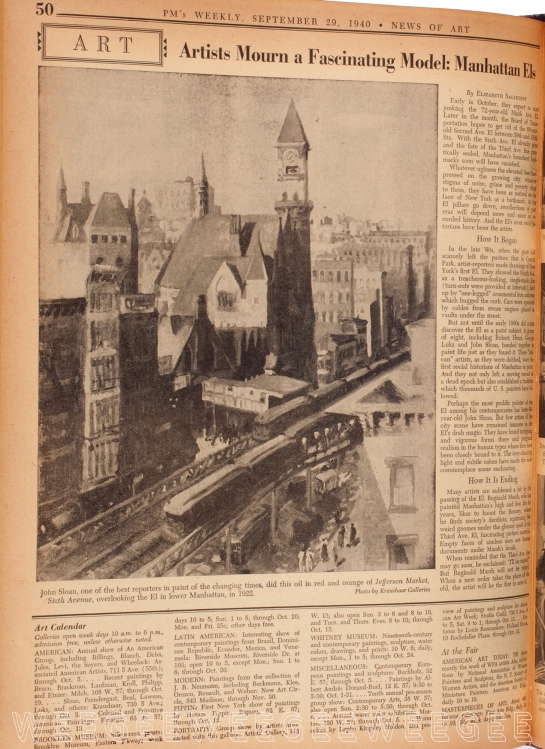 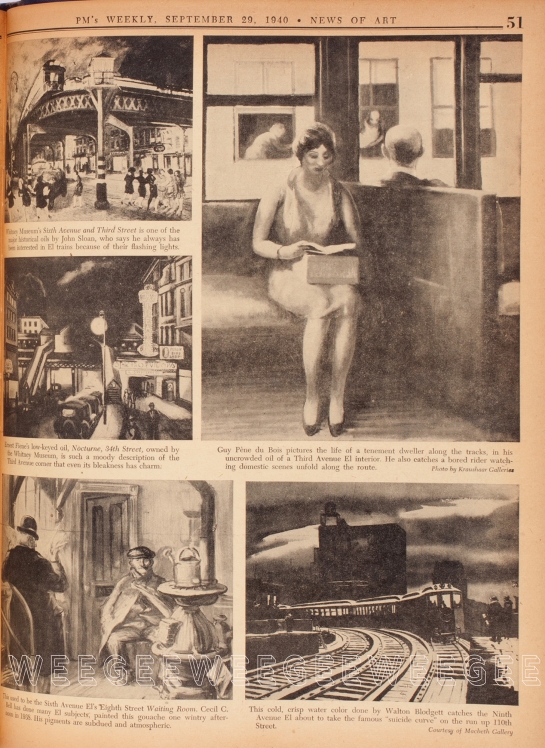 Early in October they expect to start junking the 72-year-old Ninth Ave. El. Later in the month, the Board of Transportation hopes to get rid of the 60-year-old Second Ave. El between 59thand 129th Sts. With the Sixth Ave. El already gone and the fate of the Third Ave. line practically sealed, Manhattan’s homeliest landmarks soon will have vanished.

Whatever ugliness the elevated lines have pressed on the growing city, whatever stigma of noise, grime and poverty clings to them, they have been as natural on the face of New York as a birthmark. As the El pillars go down, recollections of past eras will depend more and more on recorded history. And the El’s most vivid historians have been the artists…


“Thirty-One Miles for a Nickel The Subway Serenade”; Deek Watson And His Brown Dots; Deek Watson; Bill Tennyson; Manor (1005 B); 1945 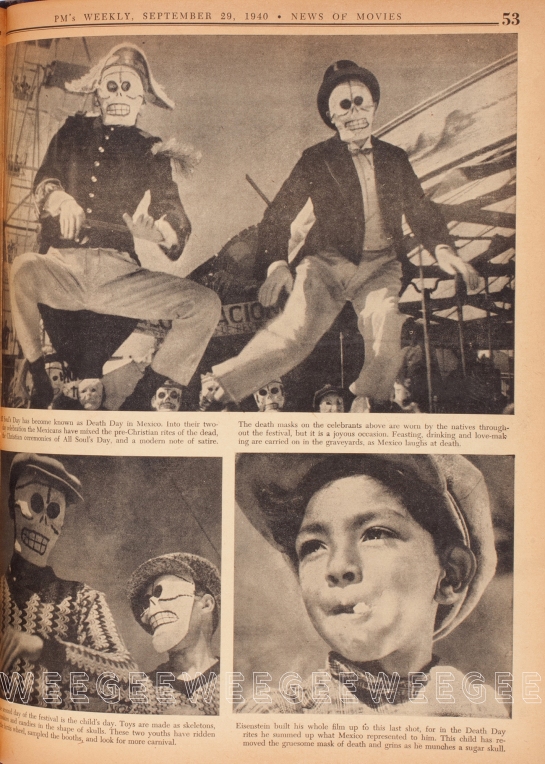 Margaret Bourke-White set out to photograph an oyster fisherman’s work and found that what makes it interesting is not the oysters but the things that come up from the sea bottom with them. Here you see strange creatures the oysterman meets daily…

It’s Neither Abnormal Nor New for Women to Wear Trousers