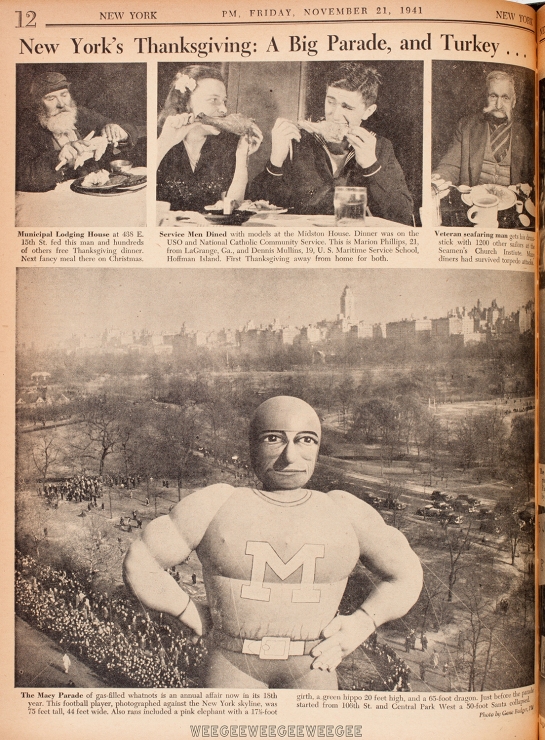 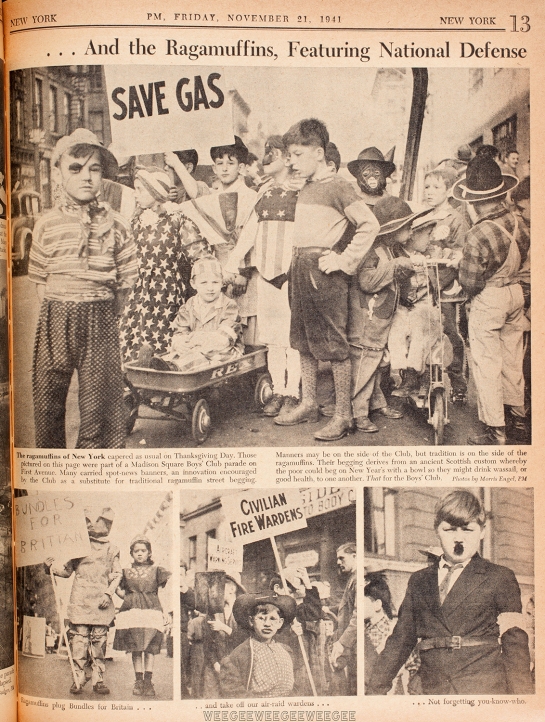 … And the Ragamuffins, Featuring National Defense

The ragamuffins of New York capered as usual on Thanksgiving Day. Those pictured on this page were part of a Madison Square Boys’ Club parade on First Avenue. Many carried spot-news banners, an innovation encouraged by the Club as a substitute for traditional ragamuffin street begging…

Hitchcock’s Latest Masterpiece… A Melodrama of the Mind

The film ideal is a blend of story-telling, writing, musical scoring, photographic composition, acting, developing characterization, cutting and direction – co-ordinated to achieve dramatic impact, an impact indigenous to the movies, impossible to any other art form…
PM, November 21, 1941, p.22