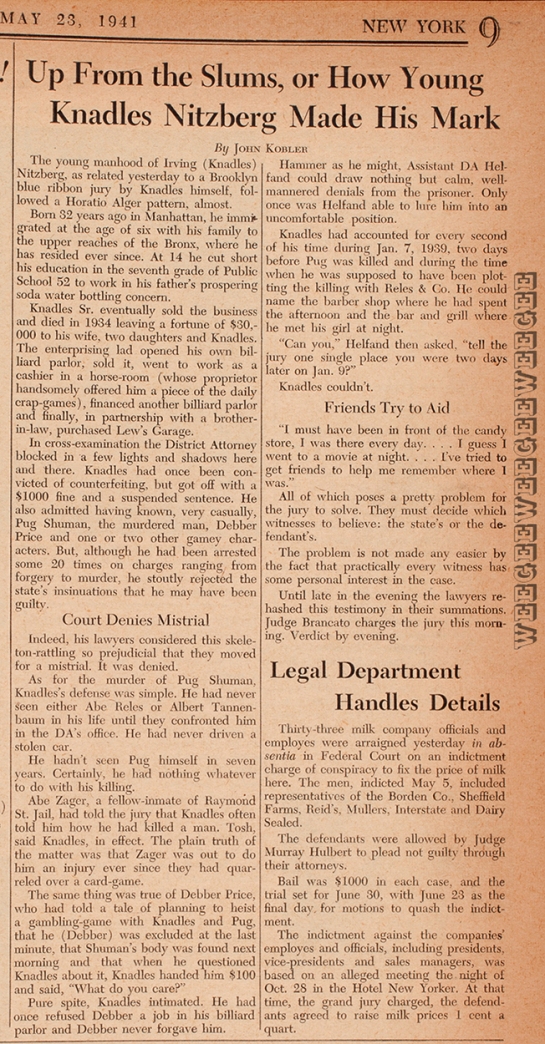 “Up From the Slums, or How Young Knadles Nitzberg Made His Nark” by John Kobler

“Record of a New York Day”

“The hot weather last night took Weegee, the photographer, to the Lower East Side, where he found these children sleeping on a tenement fire escape at Irving and Rivington Streets. Weegee says he gave the kids $2 for ice cream, but their father took charge of the dough.”

But the other fire escape is somewhat overcrowded… its not so bad sleeping that way… except when it starts to rain… then it’s back to the stuffy tenement rooms.” 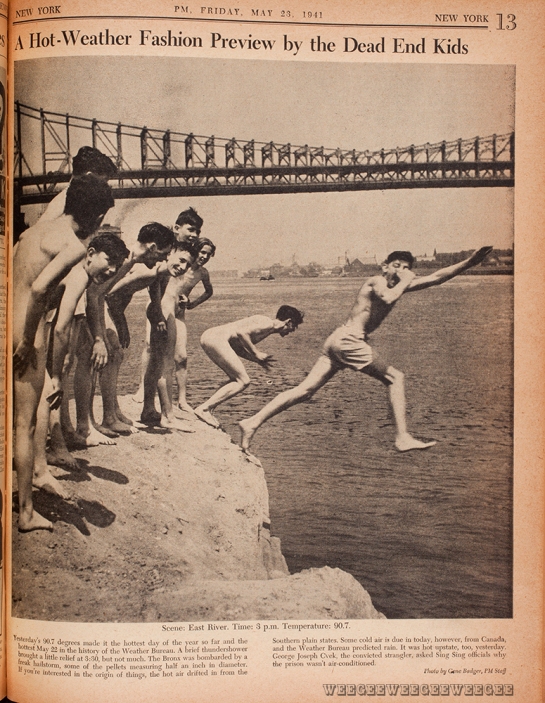